Alfa bares all about 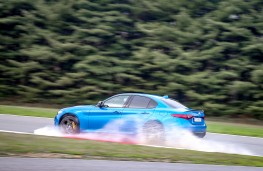 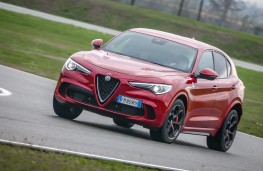 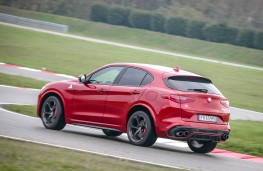 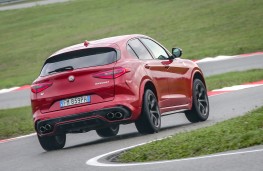 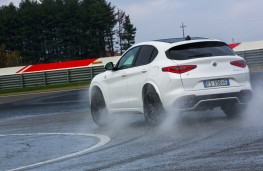 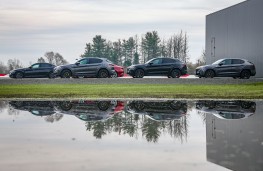 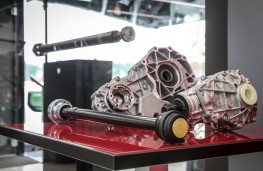 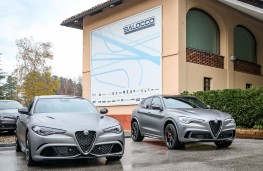 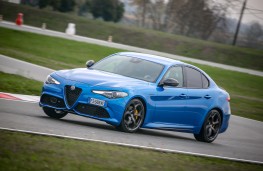 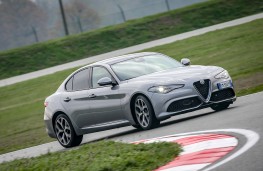 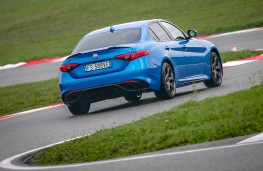 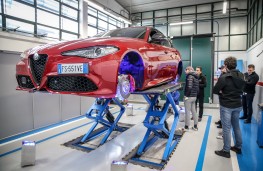 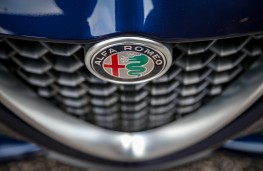 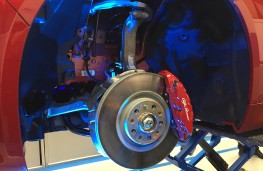 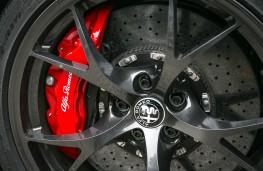 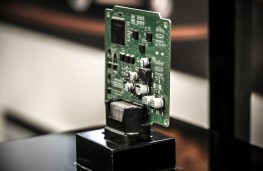 ALFA Romeo has revealed some of the secrets behind the technology that makes its latest models so good to drive.

The company's leading engineers gathered at the Balocco proving ground in northern Italy to explain some of the groundbreaking features.

Then it was out to the track at the famous test facility to try at first hand the systems deployed on Alfa's Guilia saloon and the Stelvio which in Quadrifoglio trim is the fastest SUV in the world.

And soon such experiences may be thrown open to a wider audience with Alfa considering offering sessions at Balocco to buyers of its high performance models.

That places them firmly in the premium sector and both are built at the Cassino factory in Italy, some 400 miles to the south of Balocco.

Both cars share many of the same features such as torque vectoring control, special suspension systems and brake-by-wire technology - all developed in-house - which mark a new chapter in Alfa's heritage that dates back to 1910.

The company has been testing its cars at Balocco since 1961 and its 50 miles of track were inspired by some of the great European circuits such as Monza and Zandvoort.

Alfa now regards it as its spiritual home and out on the high speed circuit - and in atrocious rainy conditions - both the Giulia and the Stelvio showed their mettle on surfaces where grip was hard to find.

That's testimony to the effectiveness of the systems developed by Alfa either in rear-wheel-drive format or the 4x4 set up as used on the Stelvio.

The four-wheel-drive Q4 system is designed not to interfere with the sporty characteristics for which Alfa is so famous and comes into play only when needed, switching power from the back to the front axle in the blink of an eye.

Allied to torque vectoring which ensures maximum traction is delivered to each driven wheel as needed - and that's the same on the Giulia - it enables the Stelvio to power out slippery drift conditions quicker than most.

In the Quadrifoglio that all helps, and that is an SUV with a 3.8 seconds 0 to 60 time.

The Stelvio Quadrifoglio is fitted with an active rear differential to enhance the effect while the Giulia has a mechanical, self-locking system designed to give great traction when close to the limits.

Both are linked to the car's electronic brain - or Chassis Domain Control as Alfa calls it - which integrates all the vehicle systems and gives sure-footed performance through even the tightest of corners.

Sharp steering allied to a great feel through the wheel make both the Stelvio and Giulia fantastic driver's cars and the balance is helped by Alfa's unique Alfa Link suspension - the building block on which both cars sit.

For the technically minded the front suspension is a double wishbone that has two decoupled lower links, hinged at various points to create a scissor-like movement that maintains a linear steering feel and keeps a maximum of tyre on the road.

Alfa has patented the system claiming such an effect cannot be achieved with a conventional single lower link - and the results are some fantastically accurate road holding.

The same is true of the rear suspension with four-and-a-half links - the half being virtual - which allows for the back wheels to be rigid when cornering yet still flexible when going forward. Bring in some clever damping and the ride is out of the top drawer, even on the poorest of road surfaces.

To contain the power and performance of its new models Alfa has developed a brake-by-wire system which replaces hydraulics with electronics - the first application of such technology in the automotive world.

Not only lighter than a conventional braking system it is also highly effective, ensuring maximum stopping power but in a very controlled fashion.

The calibration is such that you wouldn't know such technology is in play with the feel of the brake pedal utterly normal - until an emergency where Alfa has ditched the vibrating pedal of conventional ABS systems.

Instead, optimum braking is applied without issue and the car can still be manoeuvred if necessary while there is no extension of pedal travel as can happen after prolonged use.

By combining all the systems, Alfa has created two exceptionally sporty models in the Stelvio and Giulia and together they mark a new dawn for the Italian marque.

Alfa Romeo drivers of old - and those include such greats as Fangio, Nuvolari, Ascari and Varzi - would be left wondering at the sophistication of the latest models.