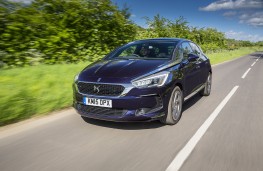 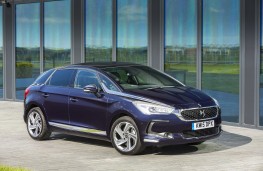 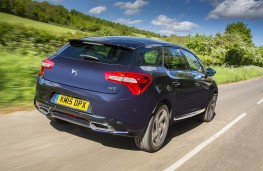 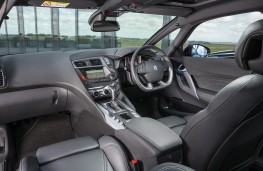 THE Citroen DS5 is a real executive car that stands out from the crowd, with a premium feel and lovely design touches like a head-up speed display that reflects on the inside of the windscreen.

The DS3, 4 and 5 were all badged as Citroens until 2016, when the company decided - probably quite rightly - to make DS a standalone marque.

There was just one petrol engine available, a 200bhp version of the Peugeot/Citroen 1.6 turbo, plus two diesels and one diesel/electric hybrid.

The two diesels are an eHDi 1.6 with 112bhp that comes with a standard six speed EGS automatic gearbox, and a 2.0-litre HDi with 163bhp, that is available with either a six speed auto or manual.

The diesels will make up the majority of cars available secondhand, as the petrol sold in very small numbers despite being the performance king of the range.

Finally, there is also a diesel/electric hybrid and this has good performance and the lowest running costs.

Called the Hybrid4, it has the 163bhp 2.0-litre HDi plus a battery pack and a 37bhp electric motor, driving through the EGS six speed auto ‘box.

The 1.6 diesel is fairly slow, taking a leisurely 12.4 seconds to hit 62mph, and the EGS auto can be jerky through the changes unless you learn to take your foot off the accelerator as you would with a manual.

However, it is capable - on the government list - of 65 miles per gallon.

The 2.0-litre HDi with the six speed auto gives best economy, with a government figure of 64mpg as against the manual model's 58.

Handling and roadholding are very good in all models, with very little roll through the corners and excellent grip.

But even though there were improvements in this model, comfort is not up to the best, with rougher surfaces causing an unsettled feel.

There are three trim levels available - DSign, DStyle and DSport - plus a very long list of personalisation options which previous owners may well have included.

Even the DSign gets a good amount of standard kit, including keyless entry and starting, air con, electric parking brake, cruise and heated electric mirrors.

It also has automatic lights and wipers and Bluetooth to connect your phone and your music.

DStyle adds a very distinctive cockpit-style roof that houses toggle switches for the sunroofs and electric sun blinds, and it also has leather and cloth upholstery, sat-nav, DAB radio, a reversing camera and rear parking sensors.