By Val Jessop on 2018-12-31 - Val has worked for provincial and regional newspapers in Yorkshire, Lancashire and Merseyside, including the Liverpool Daily Post, Welsh Daily Post, Manchester Evening News, and as freelance for the Daily Express and Daily Star. Interests include motorsport, especially Formula One, covering events in the UK and particularly the Monaco Grand Prix. 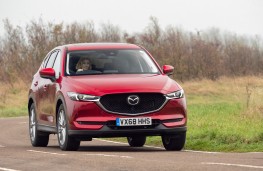 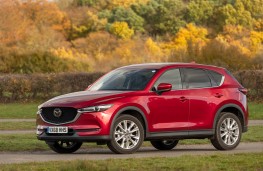 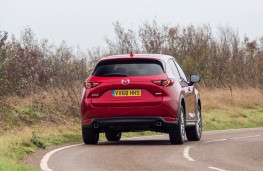 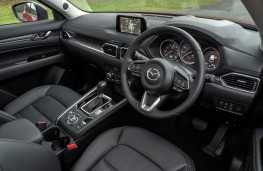 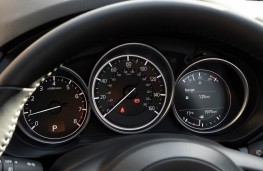 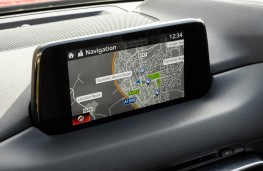 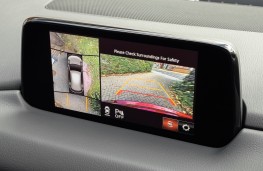 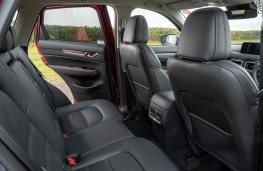 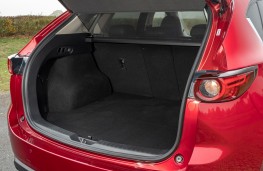 IT'S a while since I've driven the Mazda CX-5 but with further tweakings coming so soon after the second-generation model launch in 2017, the instant impression is of a distinctly upmarket move, rather than one simply updating to keep abreast with the competition.

Earlier CX-5s have been accomplished, all-embracing large estates, whether for family or business commitment.

They evoked a reassuring robust capability - a sturdy confidence but not especially lavish in terms of luxury or hints of pampering. Not particularly exciting once you stepped inside. More of good, stiff-upper-lip quality ... but lacking that something extra.

That image was blown away during a drive in the Yorkshire Dales when it was clear that the latest CX-5, Mazda's best selling UK model, comes with more than an upgrade in power and performance to the 2.2-litre SKYACTIV-D diesel engine (up from 172bhp to 181bhp).

There is a genuine sea change in the cabin which now reflects a classier, more refined - and more pampered environment. The SUV just looks and feels more sophisticated, definitely more premium.

There has been a flurry of "side garnishes", as one member of Mazda personnel put it after what has been a hugely hectic 12-month period for the company in the UK involving its entire range.

The refresh of the new large SUV has involved extensive upgrade packages which significantly lift it to a higher level and include enhanced safety equipment as well as a generous standard of equipment which includes auto-power folding door mirrors, DAB radio and a seven-inch colour touch-screen with integrated navigation, LED headlights, to mention just a few for the SE-L Nav+ trim.

For the first time in the UK there is a CX-5 petrol engine with an automatic gearbox in the 10-model line-up, and a 2.0-litre 163bhp 2WD automatic in Sport Nav+ trim, proved a smooth operator. Not a hint of stuttering, up or down the box.

Equally smooth was the power delivery, not rapid, but adequate. The 42.8mpg combined fuel consumption is not amazing, but it is not bad for the weight it lugs around. Emissions are 153g/km.

Gathering momentum was slower on twisty Dales roads, yet even on restricted, winding routes the estate handled confidently. Out on the motorway, it performed extremely well.

Prices for the CX-5 start from £24,795. The Sport Nav+ choice, on all three of the cars driven, cossets you in leather and luxury but even at the SE-L Nav+ level, the car displayed a high level of comfort and technology.

Our second drive was in a 2.2 148bhp 2WD diesel Sport Nav+ model, similarly priced to the petrol auto (£29.695), and hailed as likely the best seller. It's not difficult to see why.

It has a lot on offer, delivering nice torquey agility, decent performance figures of 0-62mph in 9.9 seconds, a top speed of 127mph, a combined fuel return of 57.6mpg and CO2 rating of 128g/km.

For a two-wheel-drive SUV it has a lot of capability - and storage capacity - and is a good all-rounder. It handled predictably and responsibly.

It handled well, and can achieve a 129mph top speed. Its off-road ability was limited to crabbing along mud-strewn tracks but hinted of greater gymnastic prowess in the rough. Again, with Sport Nav+ trim, the AWD has a standard price tag of £32,595.

Safety packs, special paint and leather variants added between an extra £1,360 to £1,560 to standard prices quoted. 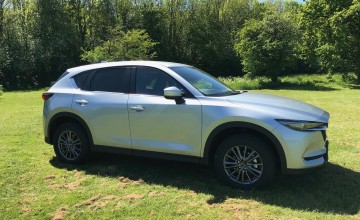 One of the best SUVs on the market

AFTER a most enjoyable 200 miles drive across country covering every kind of... 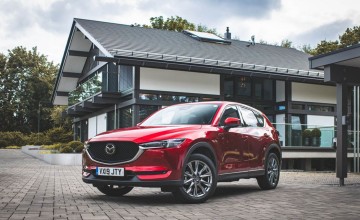