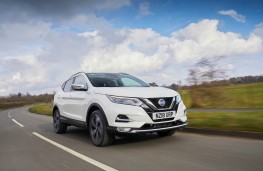 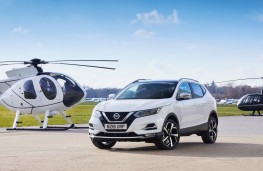 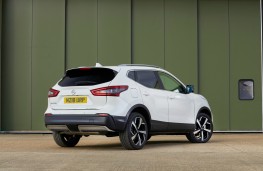 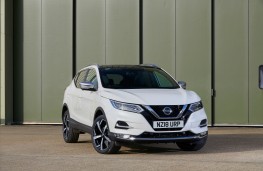 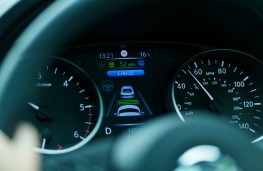 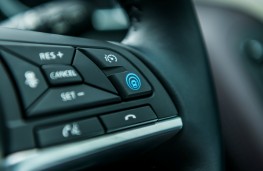 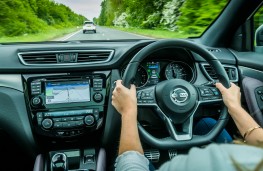 IN the Qashqai Pilot One Edition we see the beginnings of Nissan's autonomous driving technology arriving in Europe.

Built at the Nissan plant in Sunderland the Qashqai was a groundbreaking car for the Japanese company which claims that with it, it invented the crossover which has since taken the motoring industry by storm.

More than one million Qashqais have been sold worldwide since it launched and the UK is its top European market.

The Pilot One Edition I am driving with the ProPILOT system onboard is the 1.6-litre diesel dCi offering 130ps and Xtronic CVT automatic transmission.

This means it is fitted with traffic jam pilot, intelligent cruise control, intelligent lane intervention and lane keep assist - all of which work together to keep the Qashqai in its lane and at a safe distance from other traffic.You can actually feel it work as you drive.

This is just the first step in Nissan's journey towards autonomous cars which will see other cars, like the all-electric Leaf, gaining the same technology and increasingly becoming more autonomous.

What is impressive about this Pilot One Edition, however, is the amount of tech and systems onboard - at no extra cost. It is absolutely packed full of safety features for example, like the Safety Shield plus which gives you stuff like blind spot warning and rear cross traffic alert or the Smart Vision Pack which adds high beam assist, intelligent emergency braking and front and rear parking sensors although there are also front, rear and side view cameras giving you a 360 degree look at the car.

The Qashqai, I know, has a loyal following and given what buyers are getting for their money, I'm not surprised. The take-home price of this car is Â£33,425 with no optional extras. Frankly you don't need them.

It comes with 19-inch diamond cut alloys, a chrome front finisher and tailgate finisher, rear privacy glass, a rear roof spoiler and even a panoramic roof.

The audio system is by Bose, there's AM, FM, DAB and a CD player, remote audio control and USB connectivity- the list just goes on.

The drive is great too because the Qashqai's design means you get a good ride height and very comfortable seats. Indeed it is a hugely comfortable drive with the option of normal or sport steering.

For the family, there is loads of room for kit or shopping and the rear seats do that 60/40 split which gives you flexibility for unusual loads.

I took it for a relatively long drive and was delighted at just how easy it was to get used to its personality and character. There were no hitches or blips, it just did everything you expected it to.