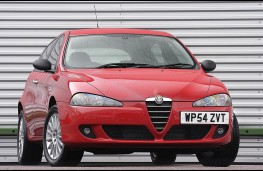 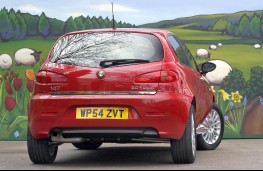 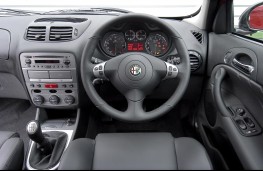 THE Alfa Romeo 147's styling still stands the test of time despite the fact that it went out of production in 2009.

It's pretty from all angles, and just as stylish on the inside, making the cabin a great place to ride.

It was the smallest Alfa on the market during its run and is a sporting, funky, Focus-size hatch that available with three or five doors.

It also has a good reputation for reliability, which was a problem for Alfa for many years, and problems are likely to be small as long as you make sure to get full service history.

The 147 has been around long enough for prices to be very reasonable so if you fancy one, take a good look and a long drive before you buy.

It was voted Car of the Year in 2001 and good pricing against rivals means it is now cheaper than others year for year.

There was a facelift in 2005 with the later Alfa nose and improvements to the interior.

Four engines were available - two petrol and two diesel, and they all make the car good to drive.

There are 1.6 and 2.0-litre Twin Spark petrol units, with 120 and 150bhp respectively. Both are free-revving and willing, but the 1.6 has to be pressed up its rev range to give best performance.

The brace of 1.9 JTD diesels offer a better blend of economy and performance, but the petrols are much sweeter to listen to.

The 1.9 is available with either 120bhp - and after 2005 - 150bhp. This last will be the most expensive but it's excellent, with loads of pulling power, and it's the only model available with a six-speed manual.

The rest all have five gears apart from those fitted with the optional Selespeed automatic.

At the pinnacle of the range is the barnstorming GTA hot hatch, powered by a superb 3.2-litre V6 with 250bhp. It can sprint from 0-60mph in just 6.1 seconds. But it's expensive to run and as rare as hen's teeth.

Alfa invariably produces cars that handle well and the 147 is no exception. The suspension and direct steering are geared towards excellent grip in corners giving a very composed feel and excellent safety.

However, the suspension is pretty stiff, and this makes for a rough ride over poor surfaces at speed. Oddly though, it's reasonably comfortable around town.

This system provides a good level of extra traction that really works for a quick getaway or when pulling out of a corner.

The driving position has plenty of adjustment but passenger room in the back is limited if there's a tall driver.

Base models don't come with much standard kit, but previous owners may have added items from the extras list.

My favourite for the best of fun would be the 2.0-litre petrol, which is a gem of an engine.

STYLE has always been a key ingredient of Alfa Romeos and there was no shortage...