By David Whinyates on 2019-01-09 - David is one of the UK’s most experienced motoring writers and was instrumental in setting up the Driving Force syndication service for Britain’s biggest regional newspaper group. Former Chief Motoring Editor of Trinity Mirror Regionals, he is Driving Force’s Consultant Motoring Editor and a director of Driving Force Media Ltd.

VISITORS to the world's biggest geek show have been given the first glimpse of the new Mercedes-Benz CLA CoupÃ©.

The German maker has departed from the traditional motor show route for the launch of its latest four-door compact coupe, by taking the wraps off at the Consumer Electronics Show in Las Vegas - the global stage for the latest high-tech kit.

And that's not so daft as it might seem, for the second generation CLA comes packed with electronic gizmos and gadgets which Mercedes claims makes it "not only the most emotional vehicle in its class, it is also highly intelligent."

A press release stretching to almost 4,000 words is mainly devoted to the new and improved high-tech driver assistance systems which will be available when the new model goes on sale in the UK in the summer from voice commands, via gesture control and augmented reality to something called an ‘energizing coach' which provides individual fitness recommendations.

It's all down to what the company calls MBUX - it stands for the Mercedes-Benz User Experience - which was launched a year ago but has now been further developed and improved for the new CLA.

According to Mercedes' head of research and development Ola KÃ¤llenius:"Now we go to the next level with an intelligent interior assistance system for the compact class."

And the company's head of digital vehicle and mobility, Sajjad Khan, explains: "For example, the voice assistant ‘Hey Mercedes' is able to recognise and answer considerably more complex queries. What's more, the voice assistance no longer gets confused by other passengers conversing. Instead it only responds to the commands of the person who last said ‘Hey Mercedes' to activate the system."

Away from the advanced electronics, the new CLA is longer, wider and lower than before and sits on a longer wheelbase. Inside there are gains in head, elbow and shoulder room both front and back, although legroom remains pretty much the same while boot capacity is slightly down in spite of increases in width and depth.

While technical details are scant at this stage, the new range will come with a revamped suspension system with the option of an active adaptive damping system, giving the driver the choice between comfort or a more uncompromising sporty tuning.

A broad range of diesel and petrol engines will be available, says Mercedes, with manual or dual-clutch transmissions and 4MATIC all-wheel drive. 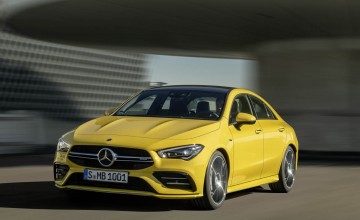 MERCEDES-AMG has added a stylish four-door coupe to its range of smaller... 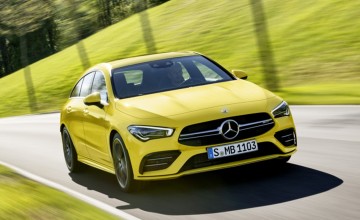 AMG's 155mph estate of the art

LATEST in a seemingly never-ending stream of new models from Mercedes-Benz' AMG... 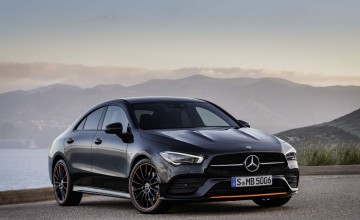 PRICES for the new Mercedes-Benz CLA Coupe will start from £30,550 and top out...