By David Whinyates on 2019-01-14 - David is one of the UK’s most experienced motoring writers and was instrumental in setting up the Driving Force syndication service for Britain’s biggest regional newspaper group. Former Chief Motoring Editor of Trinity Mirror Regionals, he is Driving Force’s Consultant Motoring Editor and a director of Driving Force Media Ltd.

IT'S only a couple of weeks since the turn of the year, but the race to lure buyers into showrooms ahead of the March registration change has already started.

First out of the blocks is Kia, which has released spec details and prices of the latest members of its top-selling Ceed family - the all-new sporty Ceed GT hatchback and the ProCeed coupe-cum-hatchback, plus a sporty new GT-Line trim level which will be available across the Ceed range.

The new Ceed and ProCeed GT models are fitted exclusively with a 201bhp, 1.6 litre petrol turbo engine - more of a warm than a hot hatch, it nevertheless provides a 143mph maximum with the 0-62mph print ticked-off in 7.2 seconds. The Ceed GT comes with a six-speed manual gearbox while its ProCeed sibling is only available with a seven speed DSG auto transmission.

Six months of additional development work on the GT has led to stiffer front and rear springs and softer anti-roll bars, lowering the ride height by 5mm compared with the standard Ceed. In addition, the electronic stability control system has been retuned and larger brakes - with red calipers - are fitted.

Inside black roof lining replaces the grey cloth found in the standard Ceed and GT models come with a leather D-shaped steering wheel, aluminium pedals and new sports seats trimmed in black leather and faux suede and finished with red stitching and a red-stitched 'GT' logo in the seat back.

The new GT-Line models get some of the styling features of the GT models and are available with a choice of one litre and 1.4 litre petrol or 1.6 litre diesel engines. Six-speed manual or seven-speed DSG auto powertrains are available on petrol-engined models. 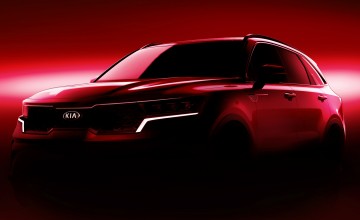 THE fourth generation of Kia's large Sorento SUV will make its world debut at... 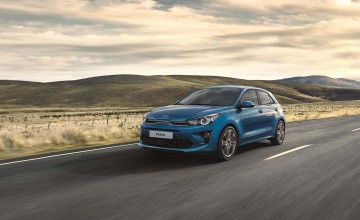 A PETROL mild-hybrid powertrain has been developed by Kia and will make its...