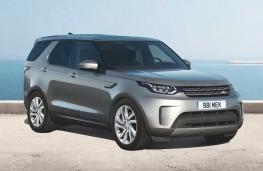 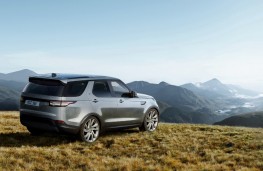 LAND Rover is marking 30 years of Discovery production with a limited edition model specifically for the UK.

Only 400 version of the Anniversary Edition Discovery will be available with a price of £59,995.

Land Rover says the equipment on the Anniversary model would normally cost £6,820 if added separately.

Rawdon Glover, managing director of, Jaguar Land Rover UK, said: "The Discovery family represents the pinnacle of versatility, and we are proud to celebrate that lineage. Discovery has evolved in its 30-year history to consistently bring technology, capability and relevance to the ever-changing motoring community.

"We have added extra value for our customers with the 30 Anniversary Edition, making what is regarded as the ‘Best Large SUV' on sale today, even better."

Since its launch in 1989, the Land Rover Discovery has become synonymous with adventure.

Put to work in the most extreme of global locations and proving time and time again that capability does not come at the sacrifice of comfort, the Discovery has become revered by customers the world over.

In 2015, the award-winning Discovery gained a sibling in Discovery Sport which globally, became Land Rover's best-seller.