By Peter Keenan on 2019-01-20 - Peter has been with the Birmingham Post & Mail since 1990 and took on the role as motoring correspondent in 2007. He has been part of the Driving Force team for more than 10 years and his reviews are used nationwide by Trinity Mirror publications. 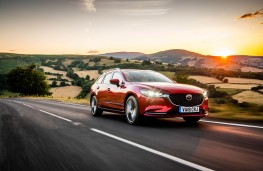 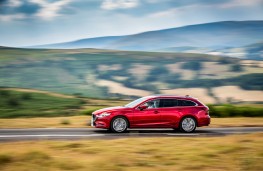 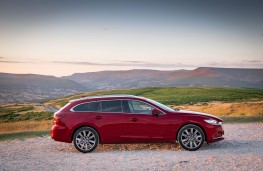 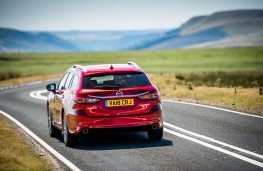 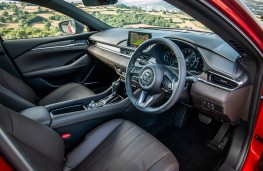 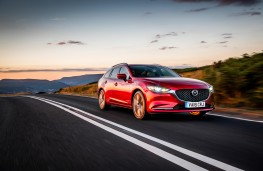 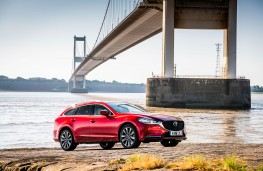 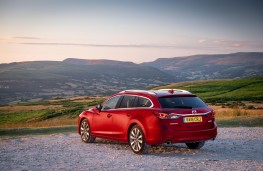 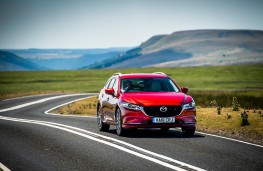 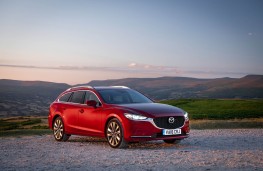 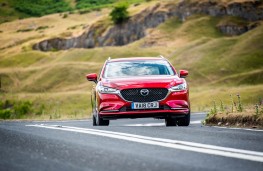 THE sporting arena regularly sees teams and competitors attempt to step up a level only to be found out as the required jump in performance proves impossible to achieve.

Whether it be Championship football sides promoted to the Premier League, or horses attempting to emerge from the also-rans to Grand National stardom, the new demands placed upon them often prove too much to bear and they drop back from whence they came.

Mazda recently gave the 6 saloon and tourer a revamp, taking the flagship GT Sport Nav+ model into the motoring world's Premier League by breaking the Â£30,000 barrier for the first time.

Does it make the grade in this rarified atmosphere? Well with the interior and exterior both benefiting from major revamps - plus the introduction of the super smooth 2.5-litre, 194ps SKYACTIV petrol engine linked to a slick six-speed automatic gearbox - it justifies the premium price in every respect.

The Tourer model, or estate to you and me, is a sumptuous affair with super supportive leather seats and an eight-inch display screen indicative of the new materials and technology that have been introduced.

The driver benefits from one of the best head-up colour displays on the windscreen I've encountered giving clear information on speed as well as traffic warnings and directions from the sat nav.

Other crowd-pleasers ensuring a safe, relaxing time behind the wheel include automatic cruise control as well as rear cross traffic alerts and a lane keeping assist function. There is also a blind spot monitoring system and a 360-degree camera.

Mazda's far east heritage is celebrated through real Japanese Sen Wood trim in the dash and on the doors and the effort to fuse modern technology with that nation's traditional craftsmanship works well.

There is plenty of room for five adults as well as lots of cubby hole space and drinks holders making the Tourer family friendly.

The exterior adopts a fresh design for the front end centred around a new natty grille creating a more sophisticated muscular face.

The LED headlights are also spruced up while the lower bumper has a sleeker profile and an aerodynamically efficient air intake. The rear looks the business with a well designed bootlid giving good access to a 552-litre storage area - extending to 1,664 litres with the rear seats folded.

The Mazda6 has always handled well and the latest version incorporates a number of chassis improvements to intensify the challenge to premium-badged rivals when it comes to dynamic appeal.

The ride is smooth as silk on even the worst of what passes for roads these days thanks to an efficient suspension, while the handling is sure-footed - aided and abetted by confidence-inspiring levels of grip.

The 2.5-litre power unit is a sprightly individual propelling the Tourer from a standing start to 62mph in a shade over eight seconds on its way to a top speed of 138mph.

Fuel economy is helped by stop/start and cylinder deactivation leaving the GT Sport Nav+ estate with an official rating of 41.5mpg and emissions of 156g/km which in the real world equates to a figure in the mid 30s to the gallon.

The engine makes the car a refined drive with the automatic gearbox also able to be operated manually thanks to paddle shifters behind the steering wheel. A drive mode selector allows you to switch the car into a sports setting making a marked difference to its performance. 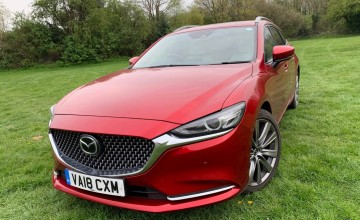 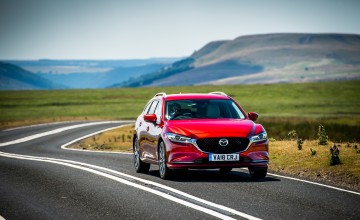 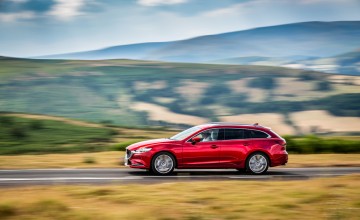