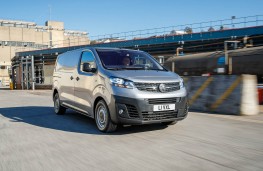 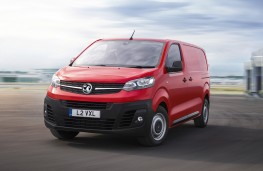 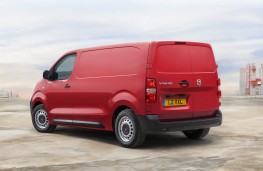 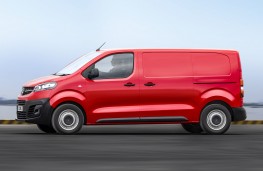 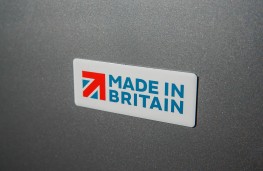 VAUXHALL has unveiled its new Vivaro van which will be built in Britain and on the road in the summer.

The new Vivaro is based on a platform from new owners PSA and will be made at Vauxhall's Luton factory, safeguarding 1,250 jobs and increasing the plant's capacity to 100,000 vehicles a year.

Prices will start from £21,240 excluding VAT and the Vivaro will be available in two lengths, three body styles and three trim levels.

It will have its premiere at the Commercial Vehicle Show in Birmingham in April and come 2020 the line up will include an all-electric version.

Body styles include a panel van, doublecab for up to six occupants and a platform chassis and the Vivaro will be available in 4.95 and 5.3 metre lengths.

A dual side sliding door, driver and passenger airbags and cruise control with speed-limiter are all standard on the Vivaro for the first time.

The three trim levels - Edition, Sportive and Elite - will be offered with prices starting from Â£24,140 for the mid-grade and Â£25,540 for the high specification version.

Maximum cargo capacity is 6.6 cubic metres and the new Vivaro has a payload of up to 1,400kg - 200kg more than its predecessor. The maximum trailer load is 2,500kg, 500kg more than the outgoing model.

Objects up to 4.02m long can be stowed in the longer version with the optional Flex Cargo system fitted which includes at a load-through flap under the front passenger seat.

FlexCargo also allows the back of the middle seat to fold down to become a table for documents, a notebook or a tablet.

There is also a camera system which displays what is going on behind the vehicle on the rear-view mirror in the cab.

Automatic side sliding doors are also available for the first time and are operated by a foot movement towards sensors on the vehicle.

Stability and safety on a variety of slippery surfaces - mud, sand or snow - is available as another option with an advanced IntelliGrip traction control system that includes a work-site set-up comprising higher ground clearance and underbody protection.

A full set of safety and connectivity features are also available and include a head up display, lane keep assist and traffic sign recognition as well as automatic emergency braking.

Sportive models are higher specification than the outgoing model with standard equipment including body coloured mirrors, handles and body side mouldings, alarm, auto lights and wipers, acoustic windscreen and thickened side glazing.

The Vivaro is the first van to be built by Vauxhall since the takeover by PSA and the company will now have responsibility for all of the group's future LCV development.

Vauxhall is Britain's largest commercial vehicle manufacturer and since 2001 has made more than one million Vivaros at Luton. 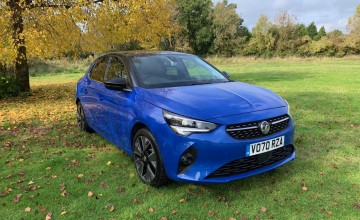 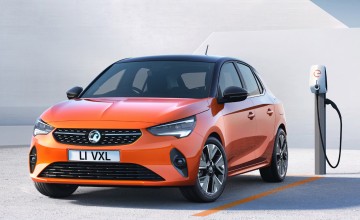