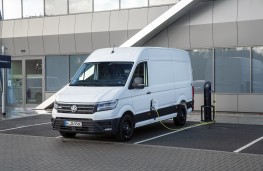 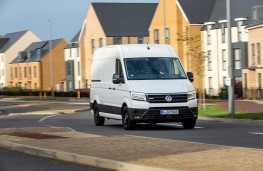 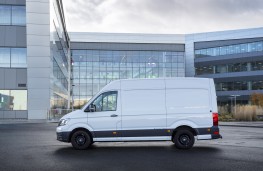 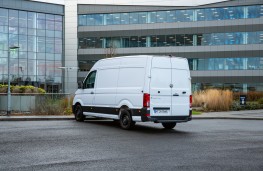 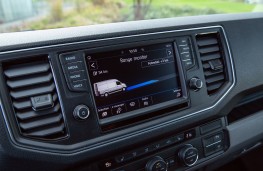 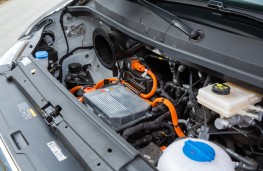 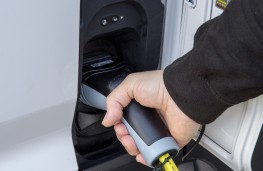 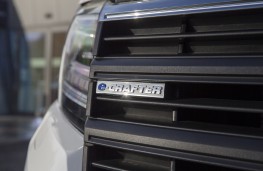 WHITE van man - or woman - will never be the same again when an all-electric van from Volkswagen hits the road.

It will change the way van delivery and courier drivers go about their daily business when the German brand's first all-electric Crafter van becomes readily available while fleet operators will be rubbing their hands at how much cheaper running van fleets with electric power will work out.

The new e-Crafter should be here towards the end of 2019 and become fully operational after extensive successful trials here, with Heathrow Airport and the City of London Corporation, and on mainland Europe.

With a range of 107 miles it's aimed at localised delivery drivers who, research shows, do on average 40 to 60 miles a day with probably up to 50 drop-offs.

Returning to their depots the 35kW lithium-ion battery can be recharged at a charging station within 45 minutes whilst the driver re-loads before driving off again on another round.

The actual battery is one currently used in the e-Golf hatchback and VW engineers are confident it will prove as equally efficient in the bigger Crafter van where it can carry between 970kg and 1.72 tonnes of goods.

The electric battery is tucked away underneath so there's no intrusioneither in the cab or in the load area where there remains the standard width of 1,380mm, height of 1,861mm and volume of 107 cubic metres.

For a start the driver will obviously notice how quiet it is as it slips away from 'its moorings' at the depot and immediate fears that it won't have enough power are quickly dispelled because acceleration is swift enough.

It means that the driver will still be able to nip around in the same style as if there was a petrol or diesel engine underneath but driving is really so much quieter as I discovered on a run making it such a far more civilised experienced too.

Sit inside the cab and it's just like sitting in the latest Golf hatchback because that's where all the switchgear, furnishings and fittings have come from although naturally the driver's seat is in a higher position which does help when parking and manoeuvring the van.

The dashboard and controls are equally laid out simply and easy to glance at with a speedometer (the van is limited to a top speed of 56mph) in the centre along with another dial showing when the van is recharging with regenerative braking, or when fully using the battery when on the move.

In between these two dials is a digital instrument panel showing what charge (or mileage) is left and the current time, outside temperature and overall total van mileage.

As one would expect on any van there's plenty of hard, durable plastic surfaces and on the test van there was no rear view mirror so drivers have to rely on the 'double' wing mirrors on either side and the rear view camera when reversing.

Driving the e-Crafter, which has a power output of 134bhp and 214lb ft of torque, is in many ways much the same as driving the conventional internal combustion engines versions because there's just one dashboard mounted gearstick with the usual choice of P, R, N, or D and it really is an easy van to drive.

Naturally a 'hardened' van driver moving into electric mode will initially find it strange expecting to hear the petrol or diesel engine when accelerating but there's really nothing to worry about - the electric motor responds quickly enough and naturally is deceptively quiet when accelerating.

It's still early days for fully electric powered vans and further development will see the battery range no doubt extended futher but key for fleet operators will be that in the long term the cost of ownership will fall considerably.

The only current downside for the e-Crafter and other rival makes is the purchase price which is considerably higher than the conventionally powered vans - this e-Crafter (now on sale in Europe) currently would cost around Â£63,000 if it was on sale here now.

By the time it does arrive i the UK later next year from its specially built VW factory in Poland this will undoubtedly have come down helped too, as all manufacturers expect, by a new cash incentive from the government for environmentally friendly vans making them much cheaper.

First drive impressions of the e-Crafter are quite simply impressive and clearly the future for white van operators to travel. 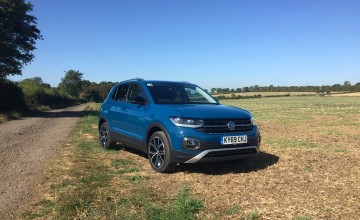 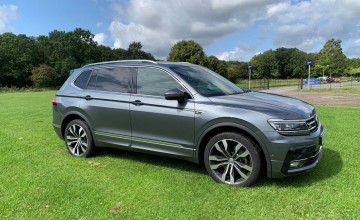