BMW plugs in with

By Chris Russon on 2019-02-01 - The driving force behind Eurekar. Chris heads up a team of motoring correspondents under the Driving Force banner. Prior to Driving Force becoming independent in 2010 he was Chief Motoring Editor for Trinity Mirror Regional newspapers. Chris has been writing about cars for almost 40 years. 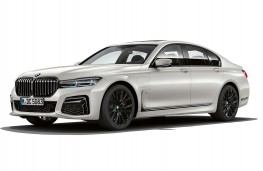 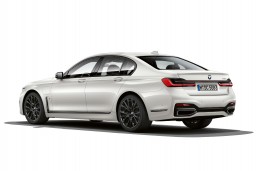 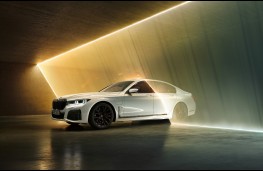 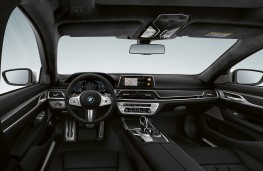 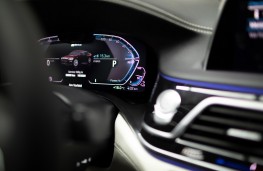 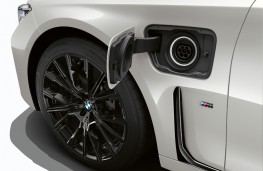 A PLUG-IN hybrid version of the BMW 7 Series has been announced and will be on the road early in the summer.

Priced from £76,815 the newcomer will have an all-electric range of up to 36mpg and at best is rated at 141mpg under the new WLTP fuel testing regime.

Two versions will be available - a 745e and a long wheelbase 745Le with BMW's xDrive all-wheel drive - with the bigger version priced from Â£83,560.

Power comes from a straight six 3.0-litre EfficientDynamics engine producing a peak power output of 286hp combined with an electric motor with a rated output of 113hp and torque of 265Nm.

In sport mode, the two power sources combine to give a total power output of 394hp and maximum torque of 600Nm, giving the 745e sports car-like acceleration.

Emissions are 48g/km and 52g/km respectively with the Le having slightly less emission free range.

The new high-voltage battery has an increased capacity of 12.0kWh, allowing electric power to be used beyond urban conditions.

In hybrid mode, the car can travel at a speed of up to 68mph - 13mph faster than its predecessor- running purely on electricity. In electric mode, the power of the electric motor alone is sufficient to reach a speed of 87mph.

To accommodate the electric systems, the 7 Series PHEV is fitted with a smaller fuel tank of around 10 gallons which BMW says has resulted in minimal impact on luggage capacity in the boot.

Later in the year new digital services will be introduced by BMW to make charging the battery en-route more convenient.

When selecting a public charging station, the navigation system also provides the driver with a list of recommended nearby hotels, restaurants, cafés and tourist attractions. The driver is also given a charging station occupancy forecast.

Other systems fitted to the hybrid are the same as on the regular flagship 7 Series and includes the BMW Intelligent Personal Assistant with the ability to select a combination of seat conditioning, seat massage, interior temperature, fragrance and shading based on specifically defined modes. The personal assistant can also be used to search for parking spaces and charging options.