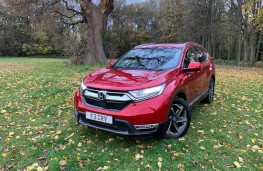 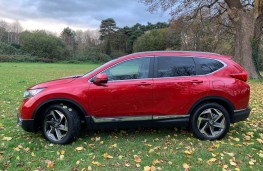 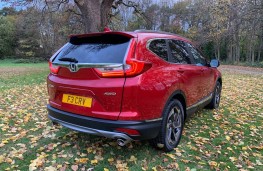 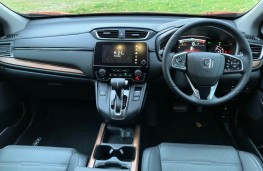 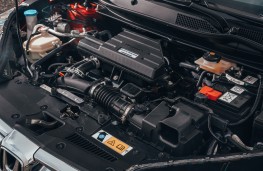 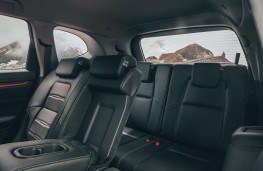 HONDA'S CR-V is the world's best-selling SUV, which sounds astonishing when you consider the huge range of SUVs now on sale.

However, first introduced in 1995, the CR-V was one of the very first, hence its sales status.

It's just had another refresh and upgrade to extend its lifetime on the road even further.

There's a fresh exterior design, with broader, muscular wheel arches, sharper contours on the bonnet and rear quarters, as well as the latest Honda family face.

The new model also raises the bar in terms of interior quality and spaciousness - including, for the first time, the option of seven seats on some petrol all-wheel drive models.

Priced from £25,995 on-the-road, it comes in S, SE, SR and EX flavours. All are well equipped though Honda still expect the top-of-the-range EX to be the most popular.

The new CR-V's slightly larger exterior proportions, slightly longer wheelbase and wider stance enable a significantly larger interior. There is masses of space for five adults and the driver would need arms like an orangutan to bump elbows with a front seat passenger.

An expansive soft-touch panel sweeps across the width of the cabin, and the upper sections of the door panels feature soft-touch caps for driver and passenger comfort. However, the wood-effect trim, applied to the door cards and lower section of the dashboard, looks intrusively naff.

Seat upholstery is plush black fabric as standard, while leather is available for upper grade models. Energy-saving, fast-warming heated seats are also available, with heated seat cushions for front and rear occupants, and heated seat backs for the driver and front passenger.

Honda has rationalised the screen layout compared to the previous generation CR-V, now featuring just one central easy-to-use touchscreen in addition to the seven-inch Driver Information Interface (DII) visible through the steering wheel.

The control knob layout has also been simplified, including a simple cluster for air-conditioning management located beneath the touchscreen. Scrolling and selecting the information to display in the DII is performed via thumbpad controls on the steering wheel.

The boot of the new CR-V is wider and deeper with a longer load bay. Class-leading in size, it can accommodate a 19.5-inch frame mountain bike. A new two-position boot floor enables a flat surface for loading larger items, while new single-action ‘dive down' 60:40 split-fold second-row seat backs enable faster, easier loading. On top grades, a hands-free power tailgate is available.

There's also plenty of storage space in the cabin itself. A new three-mode centre console is large enough for a laptop or handbag, though perhaps not one of the 10-gallon ones many women seem to carry these days. Honda has even moved the audio speakers further up in the door panels to create extra-large capacity door pockets.

Four USB charging points - two in the front, two in the back - means there's ample connections for phones, tablets and other personal electronic devices.

Honda's engineers have done a brilliant job on the NVH too. An Active Noise Cancellation (ANC) system - which does what it says on the tin - has been fitted to the CR-V for the first time as standard.

A whole fleet of seals, covers, insulation material and panels has also been deployed to keep out engine and road noise. Even the CR-V's large body panels were shaped using computer aided engineering with the specific goal of reducing ‘booming'. Hat's off to the engineers here, they've done a magnificent job.

The beating heart of the new CR-V is Honda's 1.5-litre VTEC Turbo petrol engine first seen in the latest Civic, but adapted to include an exclusively-designed turbocharger for CR-V.

Power output for the VTEC Turbo is 170bhp at 5,000rpm when equipped with the six-speed manual gearbox, and 190bhp at 5,600rpm for CVT automatic models, which cost around £2,300 more. Maximum torque is 220Nm for the manual and 243Nm for the automatic.

Official CO2 emissions are 143g/km for the manual front-wheel drive model (FWD), and 162g/km for CVT-equipped cars - which are fitted with all-wheel drive (AWD) as standard. Fuel economy is 44.8mpg for the manual FWD model, and a disappointing 39.8mpg for the CVT AWD car. There is no diesel version but a hybrid is due next year.

Even though more drivers are expected to choose manual versions, the CVT automatic transmission was newly designed for deployment with Honda's latest VTEC Turbo engines and is hugely improved on earlier versions.

Compared to traditional CVT systems which often exhibit a ‘rubber band' feel in acceleration, Honda's latest CVT unit produces a more direct and familiar delivery of engine speed, with a stepped-ratio effect. It's not perfect but it is much better.

But - there's always a but - while the CR-V is a comfortable, safe, and somewhat refined practical family car, it's also a little dull.

A soft, comfortable ride has been prioritised over handling. It's an excellent motorway cruiser but give it a push through more winding country roads and though there's plenty of grip there's also a lot of roll. And, although the CVT is much improved, it still doesn't like to be pushed. If you want a sporty SUV, look elsewhere. 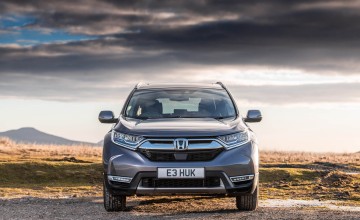 THERE is a theory that in the future cars will have no operation buttons which...