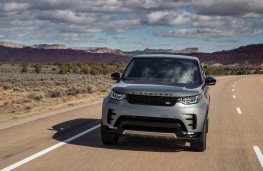 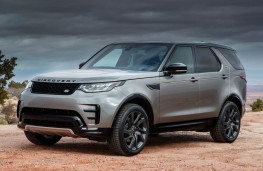 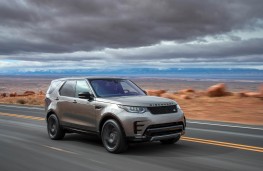 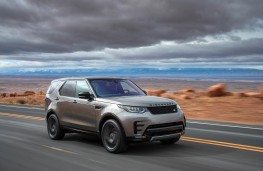 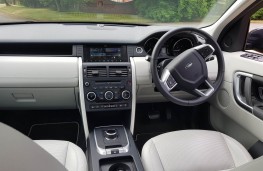 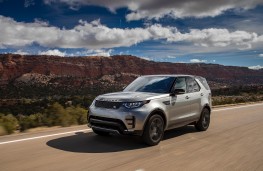 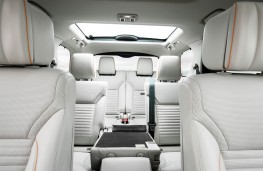 THERE were a few snobbishly arched eyebrows when the Duke of Cambridge arrived at the Lindo Wing of St Mary's Hospital, Paddington, to pick up the newly-born Prince Louis last April in a new Land Rover Discovery.

The ‘Disco' has always been regarded as one of the more agricultural of the brand's offerings and Prince William had picked up his son's older siblings in a Range Rover SE Vogue.

But, make no mistake, the new Discovery is a classy and luxurious royal carriage.

There's also huge amounts of stowage for all those things you need when travelling with the kids. Even the climate control panel on the central console hides a secret cubbyhole - the gloss black panel folds down to reveal 1.4-litres of hidden stowage space for smaller items. There's another hidden storage area in the centre console, which can accommodate four iPads or a pair of two-litre drinks bottles. The central armrest can hold up to five iPads.

I well remember the first Discovery being launched in Plymouth in the late Eighties and this is the fifth generation. It follows many of the same principles as some of its predecessors but it is different in many ways.

For a start, it looks more like a Range Rover though the rear end with its asymmetric number plate harks back to earlier models. Another authentic Discovery design feature is the distinctive stepped roofline, which serves a crucial purpose.

That purpose is for the Discovery to carry seven adult passengers in generous space and refined comfort. The traditional stepped roof offers decent headroom in the back, which is necessary because of the ‘stadium' seating layout, where the back seats are mounted slightly higher than the ones in front of them to give a better view forward.

If you're only carrying five, you can maximise passenger space by sliding the middle seats back. There'll still be more than enough luggage room. With all seven seats upright, the Discovery serves up to 258 litres of luggage space, enough to carry a golf bag. This increases to 1,137 litres - enough to load a standard size washing machine - with the rearmost seats folded down.

Drop the second row of seats, too, and the Discovery delivers a van-like 2,406 litres, which is why a ‘Commercial' version is available.

One big change is the lack of a split tailgate, which is something of a Discovery trademark. So, Land Rover has come up with a clever solution. This is an additional fold-down panel inside the boot that fits snugly against the tailgate when shut. It can be used to retain luggage when the tailgate is opened or folded down to provide event seating for those important Twickenham car park picnics.

Another major difference is that the Discovery is now built around an aluminium monocoque, which mean it's lighter by almost half a tonne, though it still weighs in at over two tonnes.

There's a wide range of engines including a new 2.0-litre diesel engine, which features two turbos to boost both low-end response and high-end power - there's a bustling 430Nm of torque on offer. While the Discovery is now undoubtedly a luxury vehicle, it means it is now more accessible.

The Discovery comes with Land Rover's Touch Pro functionality with 10-inch central touchscreen as standard. The system delivers greater connectivity than ever before with access to a range of apps, ‘Dual View' technology and digital television capability, along with all other entertainment functions and provides access to the satnav, heating and vehicle controls.

With Land Rover's InControl Remote Premium app, you can fold the rear seats from your smartphone, as well as check information, such as the fuel level, and unlock the doors.

An Interactive Driver Display is standard on HSE and HSE Luxury models. The high-resolution digital virtual instrument panel presents the driver with information such as speed and engine revs with a central panel showing other vehicle data plus turn-by-turn navigation information, voice control prompts, trip computer and audio details.

While it might not have the cachet of a Range Rover, interior quality is simply first rate.

And that goes for the ride too. Though slightly longer and narrower than before, it is still a huge car but occupants are impressively protected from wind and road noise. And, with air suspension, the Discovery positively wafts along in a relaxed and soothing way. It's no Roller but it is an extremely cossetting ride, surefooted, cushioned and relaxing. 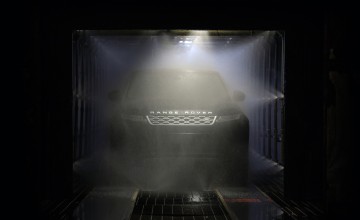