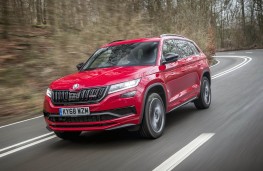 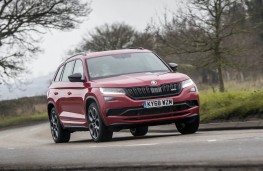 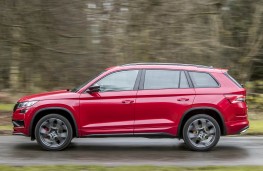 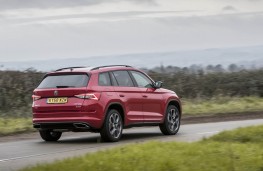 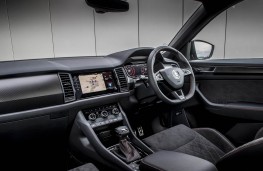 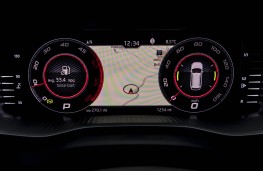 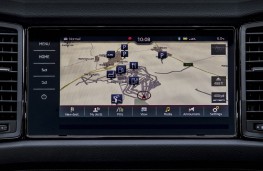 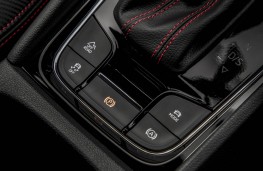 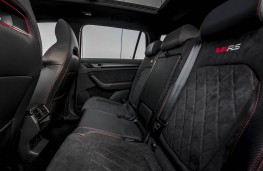 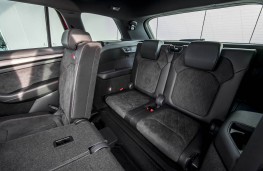 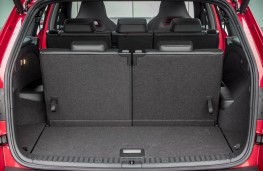 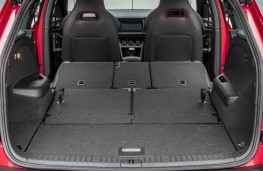 DIESEL engines are unusual finds in performance models but that's the route Skoda has taken with its new Kodiaq vRS.

Boosted to 240ps, the 2.0-litre engine in the latest Kodiaq is the most powerful diesel Skoda has ever used.

It gives the seven seat vRS a 0 to 60 acceleration time of seven seconds and a top speed of 136mph.

That's warm rather than hot performance but it's good enough for Skoda to lay claim to its latest offering being the quickest seven seat SUV around the Nurburgring track in Germany where it completed a lap in nine minutes 29.84 seconds.

Now that has to be tempered by the Kodiaq vRS being the only seven seat SUV to have done a hot lap at the ‘Ring but nevertheless it gives Skoda bragging rights.

In reality, the Skoda is some 90 seconds slower than the Alfa Romeo Stelvio which can lay claim to being the quickest SUV around the legendary German circuit.

But then the Alfa costs more than half as much again as the Â£42,870 Kodiaq vRS - a price tag that makes it the flagship of the Skoda range and only the second model in the Czech car maker's line up to break the Â£40,000 barrier behind the fully kitted L&K version of the Kodiaq powered by the same engine but in a lesser state of tune.

It's heady territory for the brand once regarded as the bargain zone of the VW stable but shows its intentions to move increasingly upmarket.

And it's not the first time Skoda has used a diesel in one of its souped up vRS models. Back in 2003 the Fabia vRS arrived with a 1.9-litre Volkswagen diesel under the bonnet - and that was some car.

The Kodiaq vRS is aimed at those who want something a little different from the SUV norm and like all but the basic versions is four-wheel-drive.

It sits on 20-inch alloys and comes with sufficient body style elements such as black gloss roof rails, a shiny grille, LED lights front and rear and redesigned bumpers to give it an edge.

With vRS badges front and rear - and those feature a new design with red highlights - it looks the part and the theme continues on the inside with logos on the seatbacks and a carbon effect to the dash.

There's also something Skoda calls Dynamic Sound Boost which is a device fitted to the exhaust system to give the vRS a noise of its own.

It's all a bit of smoke and mirrors really and the effect is mainly noticeable on the inside. The note changes depending on the drive mode and can be a bit wearing on the ears at times - especially at its most aggressive in the sport setting.

A seven-speed dual clutch transmission with (optional) paddle shifters was fitted and there's no doubt the Kodiaq vRS can perform with 500Nm of torque on tap.

At higher revs there's venom to be had but around town the vRS is nicely docile. In fact it's relatively slow off the mark and comes alive only if demanded such is the way the twin turbo is configured.

Fuel consumption is rated at 35.3mpg at best with emissions of 167g/km - a figure that can be easily exceeded on a run where we saw an average of 46 to the gallon but overall low 30s will be the norm.

The 20-inch wheels with relatively low profile tyres can be an issue over poor road surfaces but on smooth stuff the ride is fine - quite invigorating for an SUV.

An auto-hold setting on the electronic parking brake is a bonus and there's nothing lacking on the connectivity front with a Smartlink function operating from a 9.2-inch touchscreen which also .

The vRS also comes with a multi-mode instrument panel which has a variety of displays available at the push of a button - and the graphics are all high resolution and easy to read.

It's all very satisfying and with the Kodiaq seven-seater being one of the most practical SUVs around - boot space even when fully loaded is more than you'll get in a city car at 270 litres and that extends to more than 2,000 with the seats dropped - it begs the question why Skoda has decided to keep certain features such as lane keeping and blind spot detection as options.

That's big money for a car which in entry level form can be had for less than half that price.

Undoubtedly, the Kodiaq vRS is an impressive piece of engineering but it carries quite a premium for its flagship Skoda status. 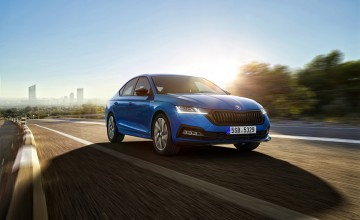