By David Whinyates on 2019-02-12 - David is one of the UK’s most experienced motoring writers and was instrumental in setting up the Driving Force syndication service for Britain’s biggest regional newspaper group. Former Chief Motoring Editor of Trinity Mirror Regionals, he is Driving Force’s Consultant Motoring Editor and a director of Driving Force Media Ltd.

MITSUBISHI's ASX compact SUV is getting a major design overhaul for the 2020 model year with more rugged and purposeful styling.

The fresh styling features a new, deeper bonnet and a wider bumper which incorporates the indicators and fog lamps below a distinctive LED lighting layout. There's LED lights at the back too and a shark's fin aerial mounted on the roof.

As well as the new exterior design features, the new ASX, which is due to be unveiled at the Geneva motor show in March, will come with a revamped interior including a bigger, eight inch infotainment display and a TomTom navigation system fitted as standard in high-end models. Safety features will include a Forward Collision Mitigation (FCM) braking system.

Just one petrol engine will be available - a two litre 16-valve unit equipped with either a five-speed manual gearbox or a CVT auto transmission with six-speed Sports Mode. Both two and four-wheel-drive versions will be offered.

Since its launch in 2009, Mitsubishi Motors has sold 1.32 million ASX units in around 90 countries. 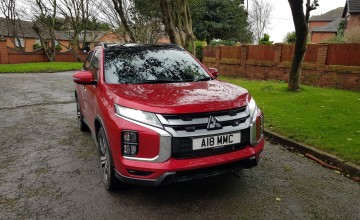 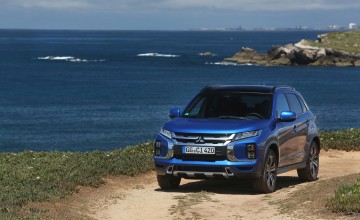