By Lee Gibson on 2019-02-16 - A journalist with nearly 30 years of experience on some of the biggest regional newspapers in England and Wales including the Birmingham Mail, Express & Star, Western Mail, the Sunday Mercury and Wales on Sunday. He currently edits the Sunday Mercury motoring pages as well as contributing to Eurekar. 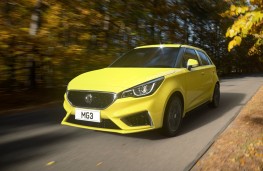 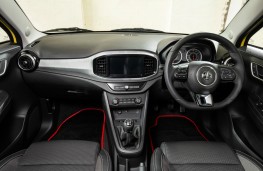 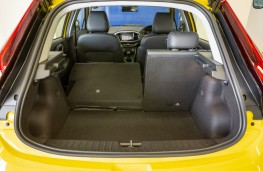 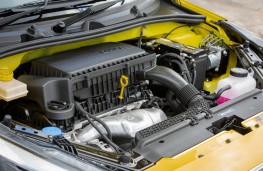 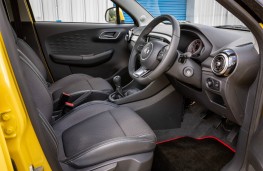 MG has just enjoyed its most successful year since returning to the United Kingdom car market.

In 2018 the historic brand scored several monthly records on its way to annual sales of 9,049, more than doubling the previous year's figure.

Much of that impetus was down to the two SUVs the Chinese-owned car maker has introduced in the last two years or so, the compact ZS and its larger sibling the GS.

Prior to that, though, it was the MG3 which had kept the marque heading in the right direction after it's UK relaunch model, the MG6, had failed to catch buyers' imagination.

The supermini got a well-deserved makeover last September and, according to bosses, is already proving popular.

MG is confident enough of the new model's quality to offer a transferable seven-year warranty, while low insurance ratings will make it attractive to young drivers.

Extensively reworked inside and out, it has a much more modern look and feel and is much better equipped than its predecessor.

A striking front end now features muscular, sportily styled bumpers and the same grille and headlight arrangement that features on the ZS, with a fashionably large MG logo as the focal point.

Step up from entry-level Explore versions and you also get 16-inch, diamond-cut alloy wheels, body-coloured sills along the flanks and a rear spoiler.

The youthful feel of the previous car is retained, with a range of vibrant paint jobs - Hello Yello, Ruby Red, Laser Blue and Spiced Orange - as well as 12 graphics packs and contrasting wing mirror caps all providing plenty of personalisation options.

Mid-range Excite and the flagship Exclusive that we drove complete the trim grades, with the latter expected to be the top seller thanks to competitive pricing across the board.

Whichever model you go for, the package is good value for money - with prices starting at Â£9,495. You'll get a Dacia Sandero for less but it won't look as good and the interior will not match the MG3's, which has also improved tremendously and, like the exterior, takes many design cues from the ZS.

Surfaces are still predominantly unyielding and plastics scratchy, which is to be expected at this price point, but different tones and textured finishes are used to avoid any sense of drabness - and it's one of the roomiest superminis around.

Six-footers should fit with ease, front and rear, while leg room is pretty good in the back seats and the boot, at 285 litres, is good for a couple of weekend bags or a decent weekly shop.

Power for the entire range comes from one engine - a naturally aspirated 1.5-litre petrol unit kicking out 106ps which will shift the MG3 from 0-60mph on 10.4 seconds and on to a top speed of 108mph.

As those figures suggest, you'll need to look elsewhere if it's outright pace that you want from your supermini, although it rolls along comfortably enough at motorway speeds and, if you're happy to work the compact five-speed manual gearbox, is perky enough to cope with most eventualities.

It's not always just about speed, though, and the MG3 redeems itself with a dynamically engaging drive.

The well-weighted steering is accurate, body control impressive and grip solid and assured, offering some nimble and sharp handling. The pay-off for this is quite a firm ride and potholes certainly send a jolt through the cabin. 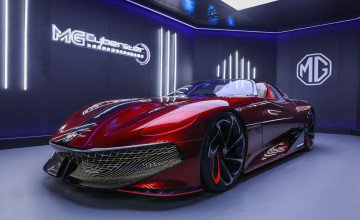 MG has released the first official photographs of its Cyberster concept car... 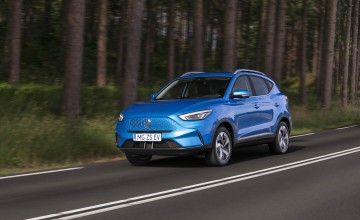 THE surge towards electric powered cars is all well and good but one bugbear...

THE MG marque was originally famous for it classic sporty and upmarket motors,...