By Chris Russon on 2019-02-18 - The driving force behind Eurekar. Chris heads up a team of motoring correspondents under the Driving Force banner. Prior to Driving Force becoming independent in 2010 he was Chief Motoring Editor for Trinity Mirror Regional newspapers. Chris has been writing about cars for almost 40 years. 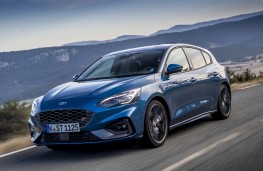 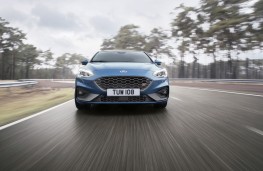 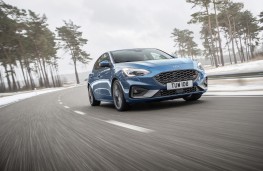 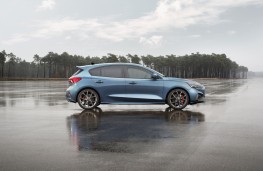 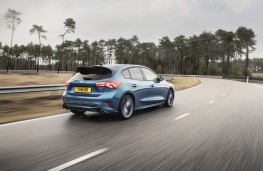 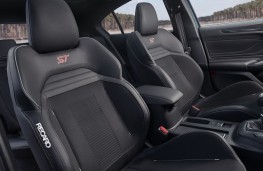 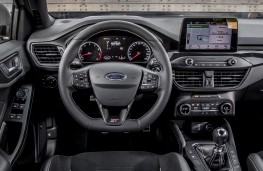 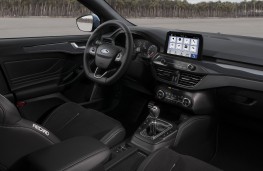 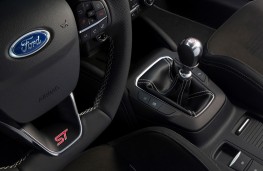 FORD is turning up the heat in the hot hatch market with the arrival of an ST variant of its new Focus hatch and estate.

The new models will be on the road in the summer and will be powered either by a 2.3-litre EcoBoost petrol engine developing 280ps or a 190ps 2.0-litre diesel.

Precise performance data is still undergoing homologation but Ford says the Focus ST will have true hot hatch dynamics with a 0 to 60 time below six seconds.

For the first time the car is fitted with a front-wheel-drive limited slip differential which has been developed with Borg Warner to enhance handling.

Rev matching - which Ford first introduced on the Mustang - is fitted to both six-speed manual and seven-speed automatic derivatives and comes as part of an optional performance pack while uprated steering and continuous damping is also a feature.

As with previous ST models the newcomer will be available in a range of paint jobs including Ford's Performance Blue finish and the ultra-bright Orange Fury.

Interior changes see the triple dial cluster with gauges for oil and water temperature and turbo boost move from the top of the dash into the driver information display contained within the instrument panel.

Recaro sports seats are fitted as is a multi-mode drive selector with settings for slippery conditions, normal and sports driving.

Leo Roeks, Ford Performance director for Europe which developed the new Focus ST, said the car was Ford's most ‘Jekyll and Hyde' model yet with an ability to switch from everyday configuration to a performance car at the touch of a button.

"We've incorporated learnings from programmes including the Ford GT and Focus RS to develop a mid-size performance car with a degree of flexibility that's unique in its segment," he said.

Other technology included on the Focus ST include adaptive cruise control, speed sign recognition and an evasive steering programme which can help drivers steer around potential hazards.

A head up display is also fitted as is automatic parking and a camera-based adaptive front lighting system said to improve visibility at night while still recognising road signs.

On the connectivity front, the ST uses Ford's SYNC 3 system which includes full smartphone compatibility and can turn the vehicle into a WiFi hotspot for up to 10 devices.

Ford says it will announce pricing and full performance information closer to the ST's release. 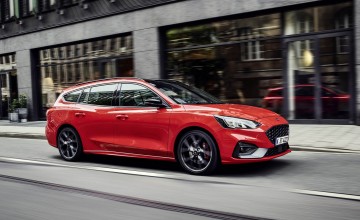 FORD has revealed the first images of the all-new FocusST in estate car body...