By David Whinyates on 2019-02-21 - David is one of the UK’s most experienced motoring writers and was instrumental in setting up the Driving Force syndication service for Britain’s biggest regional newspaper group. Former Chief Motoring Editor of Trinity Mirror Regionals, he is Driving Force’s Consultant Motoring Editor and a director of Driving Force Media Ltd.

KOREAN sister companies Kia and Hyundai will both be delivering surprises at the forthcoming Geneva motor show, but they're keeping details close to the chest at the moment.

Kia will unveil a bold new all-electric concept car while Hyundai will take the wraps off a sports-orientated SUV and a new 48-volt hybrid powertrain for its SUV range.

The Kia concept has been designed at the company's European design centre in Frankfurt. A teaser image released by the company gives little away other than distinctly flared front wheel arches, rear view cameras and LED strip lights across the nose which reflect the company's trademark ‘tiger's eye' grille design.

Our best guess is that this could be an all-electric, high performance re-working of the existing Stinger sports saloon.

According to Kia's European design chief Gregory Guillaume: "We imagined designing an all-electric car that not only answered consumer concerns around range, performance, recharging networks and driving dynamism, but one that also gave you goose bumps when you looked at it, and made the hairs on the back of your neck stand up when you drove it."

Hyundai's teaser images give even less away, other than LED lighting and an N-Line badge on the wing but this confirms that Hyundai's sporting trim level with exterior and interior embellishments - as seen on the i30 N-Line - is being translated for the existing Tucson SUV.

The company says little more than it will be "a dynamic new specification with motorsport-influenced details inside and out."

The new offering - the first Hyundai SUV with this performance treatment - is just the start of much more to come from the brand, says the company. 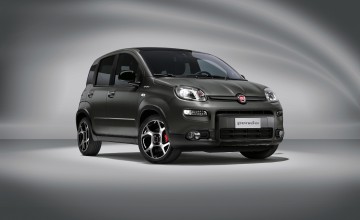