By Chris Russon on 2019-02-22 - The driving force behind Eurekar. Chris heads up a team of motoring correspondents under the Driving Force banner. Prior to Driving Force becoming independent in 2010 he was Chief Motoring Editor for Trinity Mirror Regional newspapers. Chris has been writing about cars for almost 40 years. 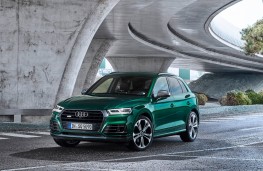 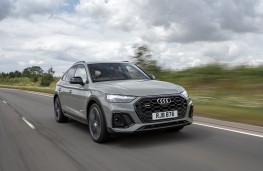 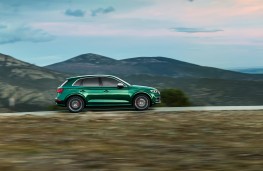 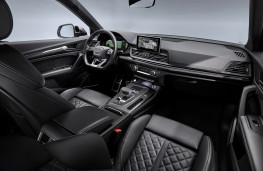 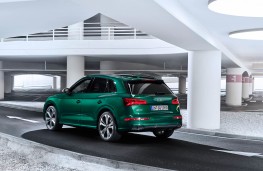 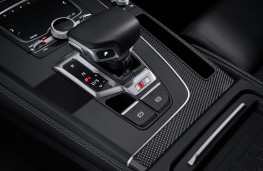 AUDI is bolstering its Q5 SUV range with the introduction of a high performance SQ5 model which will be available towards the middle of the year.

Powered by a 3.0-litre V6 diesel engine developing 347ps and hooked up to a 48-volt mild hybrid system, the third generation SQ5 has a 0 to 60 acceleration of 5.1 seconds.

Despite such performance it has been rated at best at 34.4 to the gallon under the new WLTP fuel test programme with emissions as low as 172g/km.

The mild hybrid system helps on the economy front, allowing the SQ5 to coast under certain conditions while creating added power when needed under acceleration.

With 700Nm on tap the SQ5 has an eight-speed automatic gearbox, quattro all wheel drive and higher specification Vorsprung models will come with a sport differential on the back axle for added grip.

Adaptive suspension gives the car a 30mm lowered ride height compared to the standard model and adaptive steering is available as an option for greater response.

It sits on 20-inch wheels as standard with the higher specification SQ5 Vorsprung having 21-inch rims.

UK versions of the SQ5 will include Audi's Virtual cockpit as standard plus an 8.3-inch display screen with sat nav and WiFi connectivity for mobile devices as well as wireless charging and full smartphone compatibility.

The SQ5 has subtle changes outside including aerodynamic tweaks to the bumpers, LED lights front and rear and trademark S quattro aluminium-effect finishes to the door mirror housings and diffuser.

Inside, there's a dark tone to the interior with leather sports seats and the option of a three-way folding rear seat. Boot capacity is unchanged from the standard model at 550 litres with a maximum of 1,550 litres.

Prices for the new model are still to be announced but can be expected to be around the £60,000 mark when the SQ5 goes on sale in the spring.