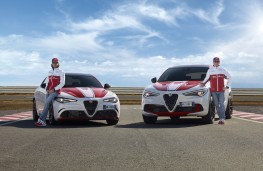 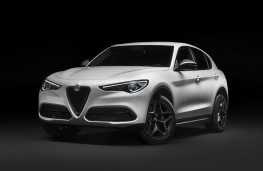 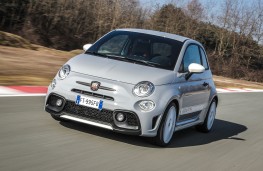 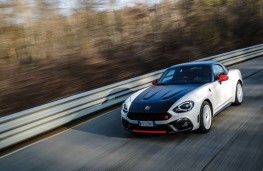 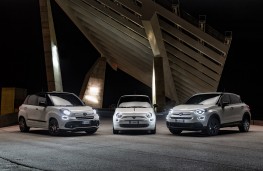 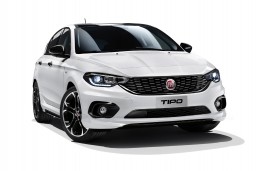 Fiat is marking its 120 anniversary and Abarth its 70 while Alfa is celebrating a return to Formula 1 racing - and each have new models to mark the occasion.

Alfa is setting out its stall with the reveal of Alfa Romeo Racing limited editions of the Giulia saloon and Stelvio SUV as well as the introduction of a Stelvio Ti which brings the Turimso Internazionale name to the line up.

Abarth is marking its 70 years with a hot new 595 esseesse and a Rally Tribute of the 124 roadster to mark the model's success in last year's FIA R-GT Cup series - although that model won't be coming to the UK.

The special Alfa Stelvio Quadrifoglio cars are finished in the same red and white paint jobs as its F1 cars which this year are being driven by former world champion Kimi Raikkonen and Antonio Giovinazzi.

Other newcomers include a 170hp 2.0-litre diesel Giuiletta Veloce and a Veloce Ti version of the Giulia.

Fiat - which like the other two brands are part of the US-Italian FCA Group - is also showing a top range Tipo Sport developed in conjunction with Mopar and a special Panda Connected by Wind limited edition which has been produced with Italian telecommunications company Wind Tre.

The car has 4G Internet connectivity allowing for up to 15 devices to be connected. 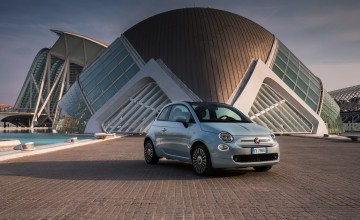 Hybrid power for Fiat 500 and Panda

FIAT is the latest car brand to join the electronic revolution and has...