IT MAY not be the prettiest supercar you've ever seen but it will certainly stand out from the crowd and, with a lightweight, six-litre, 600hp V8 mounted amidships, this new road car from racing car makers Ginetta will clearly give established exoticars a run for their money.

Only 20 examples of the new Ginetta are to be produced next year and 60 per cent of them have already been ordered at a cost of around £400,000. It will be revealed for the first time at the Geneva motor show next week.

The car has been designed from a blank sheet of paper and the company can justifiably claim that the new car is pretty much all its' own work. Not only have they designed the car themselves but they've also engineered the bespoke power train and even the wheels - only the six-speed, sequential auto gearbox has been outsourced. The whole thing is being built at Ginetta's HQ near Leeds.

Ginetta's chairman, Lawrence Tomlinson, commented: "Racing at the highest level has taught us that to win you have to have your overall car concept and every detail exactly right, and we've brought that same philosophy to our first supercar. Starting with a blank sheet of paper allowed us to create a true mid-mid engine design with an all carbon monocoque and an in-house designed powertrain resulting in a driver-orientated package for the road.

"I have felt for a long time there was a gap in the market at around the Â£400k price point for a genuinely low production number supercar, with proper craftsmanship and true race derived know-how and technology, added Tomlinson." 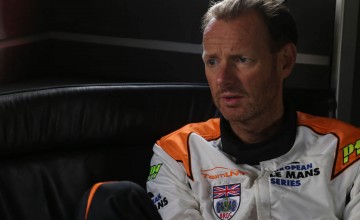 BRITISH sports car company Ginetta has confirmed that an all-new supercar is on...