By Chris Russon on 2019-03-01 - The driving force behind Eurekar. Chris heads up a team of motoring correspondents under the Driving Force banner. Prior to Driving Force becoming independent in 2010 he was Chief Motoring Editor for Trinity Mirror Regional newspapers. Chris has been writing about cars for almost 40 years. 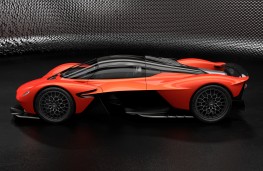 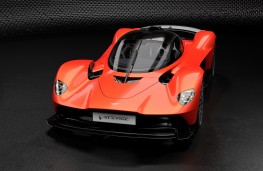 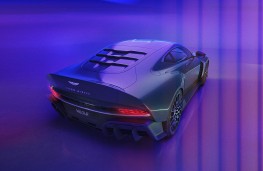 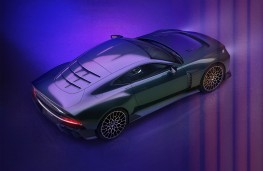 THE Aston Martin Valkyrie will be the most powerful production car ever with a petrol-electric powertrain developing a maximum of 1,160bhp.

That outguns any other supercar to date and will give the Valkyrie breathtaking performance akin to that of an F1 car.

Aston has just revealed details of the hybrid set up to be used in the Valkyrie which sees a 6.5-litre V12 Cosworth engine with 1,000bhp on tap mated to an electric motor to add a further 160bhp.

The battery-electric system used in the Valkyrie has been developed by Rimac and Integral Powertrain and includes a KERS-style boost system akin to that fitted to F1 cars while the car itself is being produced in conjunction with Red Bull Advanced Technologies.

Aston Martin says the Valkyrie powertrain evokes ‘the spine-tingling, ultra-high-revving F1engines of the 1990s' but comes with the benefit of two decades of progress in design, material and manufacturing expertise,

David King, Aston Martin's vice president and special vehicle operations officer, said: "Aston Martin Valkyrie is set to be the ultimate hypercar in the automotive world and these performance figures underline that statement.

"Red Bull Advanced Technologies, Cosworth, Rimac and Integral Powertrain Ltd. have been fantastic partners in the development of this powertrain, ensuring that we have already created a hybrid system that is emissions-compliant and ready to begin fitting to our first physical prototypes. I am, as I'm sure the rest of the world is, incredibly excited to see and hear the first of these cars on track."

Although performance figures and pricing for the hypercar are still to be announced the first models are due in 2020 and construction of prototypes is now under way.