By David Whinyates on 2019-03-06 - David is one of the UK’s most experienced motoring writers and was instrumental in setting up the Driving Force syndication service for Britain’s biggest regional newspaper group. Former Chief Motoring Editor of Trinity Mirror Regionals, he is Driving Force’s Consultant Motoring Editor and a director of Driving Force Media Ltd.

The company's e-mobility offensive will be spearheaded by the el-Born which was shown in concept form at the Swiss show alongside a new plug-in hybrid concept carrying the Cupra brand name which was launched as SEAT's sporting marque last year.

The el-Born concept is the first SEAT conceived purely as a 100 per cent, zero-emissions electric vehicle and it will reach the market in 2020. It will be the second electric car to be based on the Volkswagen Group's new MEB platform which will also host battery-powered models from VW itself, Audi and Skoda.

SEAT says that the el-Born - named after a district of Barcelona - is a real game changer for the company, not least in playing a key role towards bringing e-mobility closer to young drivers given that its' customer base is 10 years younger than the European average.

The company claims a real world driving range of up to 261 miles based on the WLTP drive cycle from its 62 kWh energy-dense battery pack and with compatibility with up to 100 kW DC supercharging, the battery can be returned from 0 to 80 per cent power in as little as 47 minutes, says the company.

Also due to go into production in 2020 is a new high-performance, plug-in hybrid CUV - Cross Utility Vehicle - the Cupra Formentor, which was shown in concept form at Geneva.

It's the first vehicle developed specifically for SEAT's new sporting brand and, says the company, previews the design direction of future Cupra models. 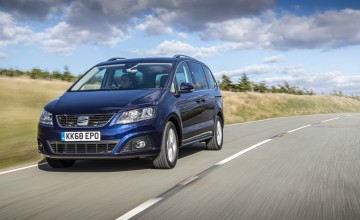 WITH the rise in popularity of SUVs the people carrier, once ubiquitous on the... 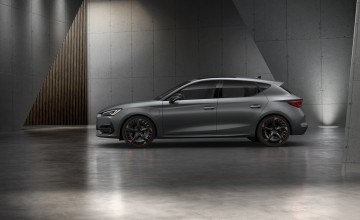