By Peter Hayward on 2019-03-07 - Peter has been writing about cars for more than 35 years producing road tests, second hand car tests, features on new and classic models, road safety and manufacturing. Has been a contributor to Auto Express, Classic Cars, Classic Car Weekly, Candis magazine and Japanese Motoring. 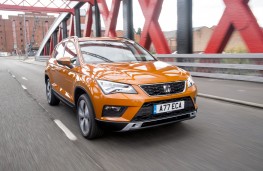 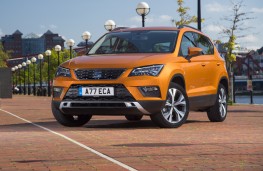 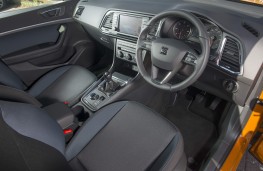 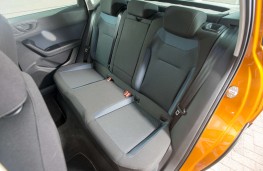 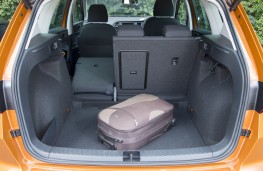 AFTER about a mile and a half driving up to the top of a hill and along the top, the narrow lane opened out into a parking area with a No Through Road sign.

‘Great,' I thought, as the air turned an interesting shade of blue.

Then I saw another even narrower lane heading roughly in the direction I wanted to go that wasn't shown on the sat nav.

"Well I'm not going back unless I have to," I thought, even though I wasn't in any great hurry. "In for a penny, in for a pound."

I pointed SEAT's excellent Ateca onwards, expecting the lane to change from potholed tarmac to rough stone and mud around every corner - but to my surprise it didn't - and neither did it end ignominiously in a muddy farmyard.

There were no passing places whatsoever, which made passing two cars coming the other way a little fun, and I thought that was probably why some clever jobsworth had marked it as a no through road.

Eventually I came out on a wider B-road and headed towards the wild blue yonder and home.

You may think that this was one of the four wheel drive (4WD), all singing all dancing Atecas, and that was why I took a chance on the lane.

But it wasn't. It was a humble 1.6 TDI, with power just to the front wheels. I've found that front wheel drive cars will keep going in many of the places where some would want a 4WD - and do it with ease.

The Ateca is one of the sharpest of the new breed of SUVs, with excellent agility through the corners, great steering and very good passenger space inside reasonable dimensions.

The smooth and very quiet 1.6 turbo diesel in the SE Tech I drove has 115bhp, but in such a large body, performance is not a strong point - as you might imagine.

Suffice it to say that overtaking on normal roads takes a lot of forethought.

However, on an easy country drive I managed to get 52mpg from it, which has to be superb, and even on the motorway at high speed, it still showed a real 41mpg.

The six-speed gearbox is easy to use, the steering beautifully weighted and the handling and road-holding excellent.

It's even comfortable over most surfaces, only slightly unsettled now and again. My car was fitted with large alloys and low profile tyres, and as I have said with regard to many other cars, smaller wheels and larger tyres would probably sort the small ride foibles without diminishing the level of grip.

Sixthgear is no good under 45 miles an hour, and fifthunder 38, so all town driving has to be done in third or fourth.

The SEAT automatic electric parking brake deserves a mention because it's so helpful. It comes on automatically as soon as you stop, and disengages automatically as you pull away again - a marvellous piece of kit.

Overall, this Ateca is easy and engaging to drive despite its lack of out and out performance.

The interior has a lovely ambiance, with a beautiful, very clear dash and binnacle, and excellent seats. 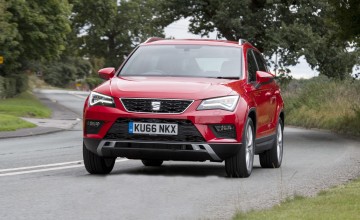