By Patrick James on 2019-03-09 - The author has been a motoring writer for more than 16 years. Formerly motoring editor at the Coventry Telegraph, he now produces motoring copy, on new car launches and road tests on a freelance basis. 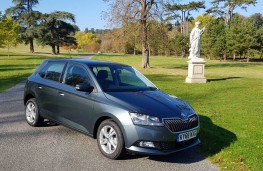 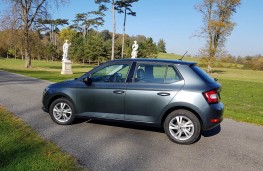 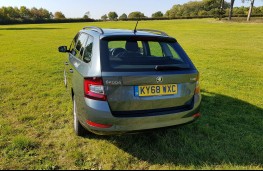 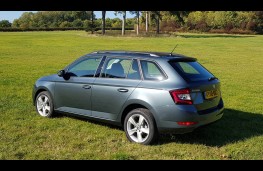 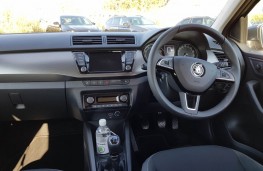 YOU will, no doubt, have heard of the Fab Four? Well now we have, the fourth Fab.

The fourth Fabia, that is, after an astonishing 19 years on the market and a mainstay of the rebirth of Skoda.

At the time, it was certainly one of my favourite superminis then and the latest revamped version has done nothing to change that.

It's a tough field to compete in with potential buyers spoiled for choice, not least from stablemates Audi, VW, and SEAT.

But with its excellent build quality, underpinned by the parent VW group, ever more stylish profile and clean and efficient engines, it is quite a package with a starting price of around £12,000.

The firm is also famous for its little innovations, known as Simply Clever, which include, the ice scraper concealed in the fuel filler flap now incorporating a gauge for measuring the tyre tread depth together with various others such as the umbrella, phone holder and and boot tidy.

All models now feature the one-litre petrol engine with two MPI engines feature indirect injection and produce outputs of 60ps and 75psS respectively, while the two TSI engines are turbocharged enabling them to generate 95ps and 110ps.

Both TSI engines are fitted with a petrol particulate filter. The most powerful of the quartet can be matched with a seven-speed DSG gearbox as in this model.

Equipment levels have also been uprated and the range offers five trim grades on both hatchback and estate variants.

Whatever the trim option, it does look even better than ever, with, for the first time, new LED daytime running lights, revised bonnet and grille flanked by the narrower headlights.

It looks sleeker and more subtle, but is still at heart a small family hatchback with the practicality that entails. The interior is typically Skoda, a less is more philosophy if you like.

It is lively enough, hitting 60mph from a standing start in just over 10 seconds accompanied by the now familiar throaty rasp of the three cylinder engine.

Economy is also impressive with 47.9 mpg claimed seeming pretty much on the money with low emissions.

On the road the three pot engine revs sweetly while steering is direct and responsive. Equally at home pottering around or on the motorway it seats four adults in comfort, a fifth with a bit of a squeeze and has a large boot for its class with 330 litres which, with the rear seats folded increased to 1,150.