By Lee Gibson on 2019-03-10 - A journalist with nearly 30 years of experience on some of the biggest regional newspapers in England and Wales including the Birmingham Mail, Express & Star, Western Mail, the Sunday Mercury and Wales on Sunday. He currently edits the Sunday Mercury motoring pages as well as contributing to Eurekar. 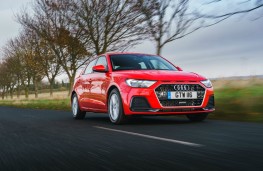 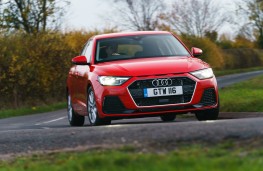 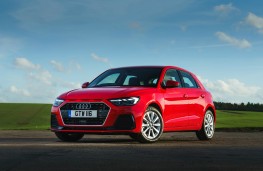 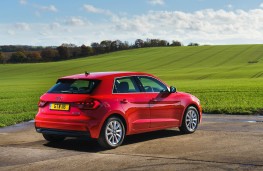 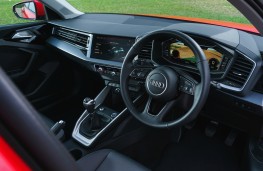 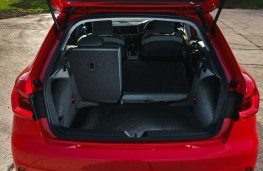 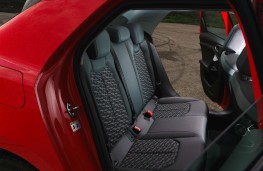 AFTER eight years on the road Audi's popular A1 was given a comprehensive revamp at the end of last year with the launch of the second generation - and the baby of the premium German car maker's range has grown up somewhat.

Slightly longer and now available only as a practical five-door, with extra interior space and bristling with the latest technology, the updated supermini is more family friendly while retaining the sporty looks and personalisation options that appeal to young buyers.

With prices starting from £18,540, it remains the cheapest way into Audi ownership and is initially available in three basic trim levels - SE, Sport and S-Line - with distinctive S LIne Style and S Line Contrast special editions also soon to be available.

Beneath the bonnet diesel has been ditched and power will come from a selection of Audi's latest TFSI petrol engines.

Initially available is the 116ps three-cylinder, 1.0-litre turbocharged unit in the car we drove, but the choice will be extended early this year with a 95ps version as well as a four-cylinder, 1.5-litre option and, exclusively in a performance-focused S Line Competition variant, a 200ps 2.0-litre option.

All can be mated to a six-speed manual transmission or a smooth seven-speed automatic except the 2.0-litre, which gets the auto as standard.

The launch engine will likely remain the popular choice, however, as it offers a good balance between capable performance and decent economy.

This makes the A1 a perky and responsive motor in the city streets and suburban traffic where it's likely to spend most of its time.

It runs out of steam a little at the top end of the rev band, though, and you'll find yourself having to work the gearbox when overtaking on dual carriageways and motorways. On the up side, it is a very quiet and refined cruiser for a three-cylinder engine.

Body control and grip are also good and the steering, though a little light, is precise and direct, meaning that the A1 handles nimbly and is enjoyable enough to drive - although it can't match the fun of a MINI.

The ride, on the 16-inch alloys of our car, was smooth and settled, the suspension coping well with ever-variable UK roads.

Interior quality has always been an Audi staple but proves something of a mixed bag in the new supermini.

The design is stylish and modern with the clean, angular lines of the dashboard enhanced by some smart contrast finishes and soft touch surfaces. Cheaper scratchy plastics on the door panels and lower down the cabin, though, are not what we've come to expect.

Equipment, however, is up to premium standards. Even entry-level cars get a fully digital instrument cluster with a high resolution 10.25-inch display as well as a touchscreen multimedia interface, Apple CarPlay and Android Auto, lane departure warning and automatic emergency braking.

As ever, with Audi, though, you have to put your hand in your pocket for some of the extra niceties, with heated front seats, a rearview camera and even a front armrest all being cost options, while the only colour paint that won't cost you an extra Â£575 is white.