By Peter Hayward on 2019-03-19 - Peter has been writing about cars for more than 35 years producing road tests, second hand car tests, features on new and classic models, road safety and manufacturing. Has been a contributor to Auto Express, Classic Cars, Classic Car Weekly, Candis magazine and Japanese Motoring.

HONDA'S cars have been at least good looking and at best sharply beautiful down the years and the most recent series of Civics were a revelation of shark-like style.

It's a great shame the company has decided to close down its factory in this country because of the move to electric cars.

Those, I'm sure, could have been built or assembled in Swindon almost as easily as the Civics that are built there now.

And by retaining a presence here, Honda would also have retained a great deal of goodwill, some of which is now likely to be lost.

As with all Hondas, the British-built Civics have an excellent reputation for build quality and reliability, but they retain more value than some rivals and so are usually more expensive secondhand.

However, I would say the extra cost is worthwhile because you get a car that drives beautifully in petrol or diesel forms, with very willing engines giving fair to excellent performance.

In the range built between 2012 and 2017, the Civic was available with 1.4 and 1.8 petrols but the 1.4 is hardly man enough for the weight, only managing the 0 to 60 miles an hour sprint in 13 seconds and giving only slightly better economy than the 1.8-litre.

The larger unit does the sprint in a very good 8.8 seconds with a six-speed manual gearbox, and can reach over 45mpg with careful driving.

That acceleration is as quick as hot hatches a few years ago and if you use the engine's excellently smooth and willing top end power, overall performance is very good.

There are also two diesels - a 1.6 with 120bhp and a 2.2 with 147. Both are very economical as you would expect but perhaps surprisingly, they are also very smooth and quiet.

The 1.6 was the first car I ever drove that showed a real average of more than 70mpg - and it still offers good performance, covering the 60 miles an hour sprint in just 10.2 seconds.

The 2.2 can still better 60mpg, and covers the 60mph acceleration in an excellent 8.2 seconds, making it the fastest model in the range.

Road-holding and handling in both five door hatch and Tourer estate are superb, with tremendous grip and excellent informative steering.

But the ride can be unsettled at times and uncomfortable on really poor surfaces.

The driver has excellent seat and column adjustment and all come with climate, MP3 connection, split-fold rear seats, traction and stability control and an alarm.

The beautiful sweeping lines mean rear headroom is on the low side and the rear window spoiler compromises rearward vision for some drivers.

There were no less than 15 different models over the period this model was produced, but some of them were added value special editions. All I can say is, don't pay over the odds for these and make sure you get all the equipment you want.

TheSE Plus adds a leather covered steering wheel, cruise, retractable mirrors, and a rear parking camera with sensors front and rear,. 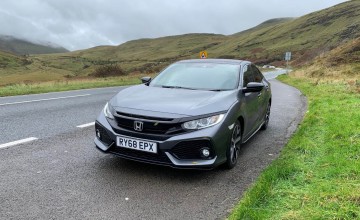 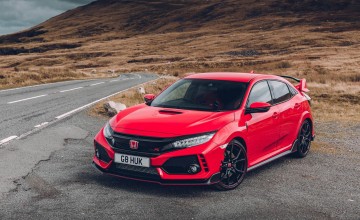