By David Whinyates on 2019-03-21 - David is one of the UK’s most experienced motoring writers and was instrumental in setting up the Driving Force syndication service for Britain’s biggest regional newspaper group. Former Chief Motoring Editor of Trinity Mirror Regionals, he is Driving Force’s Consultant Motoring Editor and a director of Driving Force Media Ltd.

HYUNDAI'S Tucson SUV is the latest model in the Korean company's portfolio to get the sporty N Line specification treatment which was first launched on the i30 hatchback last year.

Two versions of the Tucson N Line will be available in the UK when it goes on sale in the early summer powered by either a 1.6 litre petrol turbo engine or a new 1.6 litre diesel with mild-hybrid technology. Both will be two wheel drive with a choice of a six speed manual gearbox or seven speed dual clutch auto transmission.

While it's mostly about the look, the N Line package is more than just cosmetic with suspension and steering enhancements on the petrol model which, oddly, are not included with the hybrid power train. The suspension mods provide five per cent more rigidity in the rear setup and eight per cent more at the front, while software changes in the steering give a slightly more direct, linear feel at the wheel, says the company.

Inside the Tucson N Line gets N-branded leather-suede sport seats with red accent stitching which is also featured on the steering wheel and leather-wrapped, gear shift lever plus alloy pedals.

UK prices and full specifications have yet to be finalised and will be announced nearer to the expected launch of the N Line variants in late May or early June. 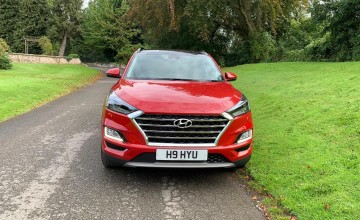 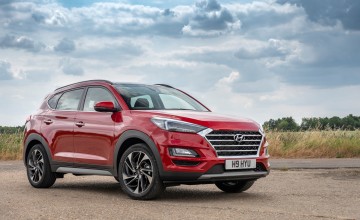 IT'S not one of the first of the modern SUVs, but the Hyundai Tucson Premium...