By Edward Stephens on 2019-03-23 - Edward edits the motoring pages of the Birmingham Mail and Birmingham Post as a freelancer after more than 35 years on the staff. Also writes on motoring for various other newspapers, trade magazines and well known websites. 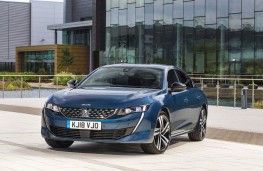 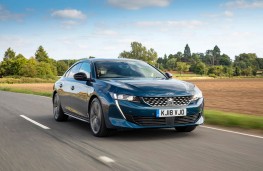 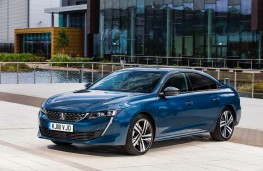 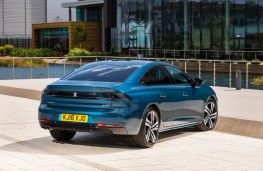 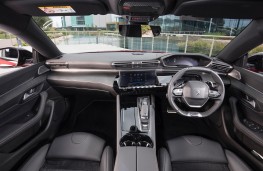 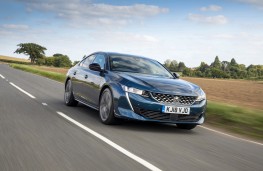 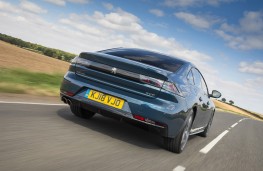 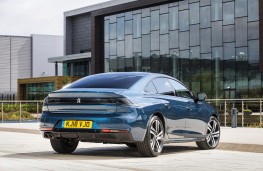 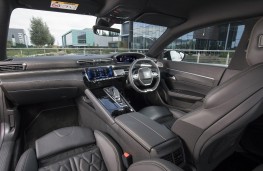 HAVING seemingly ruled the world of haute couture for decades French designers now seem to be making the same sort of impact in the world of motoring .

And nowhere is that more evident than with the new Peugeot 508, the company's latest flagship.

By any standards the sleek, spacious fastback is a stunning creation in metal with curves in all the right places.

It's a car which sets out to challenge the dominance of premier German car makers and on visual impact at least unquestionably succeeds.

Shorter and lower than the previous model the new 508 is a large car by any standards, although its striking profile tends to disguise its size to some extent.

And their view was influenced just as much by the dramatic up-market interior as the exterior. This is not a car in which the beauty is just skin - or should I say metal - deep.

Clever interior design work gives the inside the wow factor with a stylish row of brushed aluminium piano keys giving access to many of the on-board features, a 10-inch colour touch screen in the centre of the dashboard and a very small leather steering wheel with squared off top and bottom allowing you to see the dials above the wheel.

Add to that a two-tone black, soft touch dashboard and frameless windows which drop slightly as you open the door and then close as you shut it - a feature more normally associated with soft top cars - and you begin to see just how much thought has gone into this model.

The 508 also features Peugeot's i-Cockpit, which means the speedometer and rev counter are virtual dials which can be altered in size at the touch of a switch or even removed altogether to leave just a digital readout.

You also have a choice of three driving modes, eco, normal or - for more dynamic driving - sport, with a selection switch near the manual gearshift.

The 508 comes with keyless lock and unlock features, a push button starter not to mention a colour reversing camera plus parking sensors front and rear making it a very easy car to get in and out of difficult spaces..

On the road the 1,500cc diesel has plenty of pulling power as you slip through the very smooth six-speed gearbox, although it's not the fastest car from the traffic lights.

Once into the higher gears, however, it's smooth and exceptionally quiet cruising at 70 miles per hour at just 2,000 revs ensuring low fuel consumption, which should be good news for business users who are expected to be a high proportion of 508 customers.

There's plenty of room in the boot area with 487 litres of luggage space available with the rear seatbacks in position and a hefty 1,537 litres with them lowered, and it‘s all usable space.

This is a car which also has an abundance of safety features as standard, including active lane keeping assistance, blind spot warnings on the mirrors and automatic high beam/ dipped beam headlights.

There's the option of full LED headlights, which would be worth opting for as the standard illumination I felt could be better.

CLEVER people the French.While most car makers are content to build cars which...