By Mike Torpey on 2019-03-24 - Driving Force news editor and responsible for organising our daily output. He was staff motoring editor of the Liverpool Echo for 20 years. 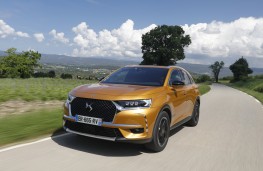 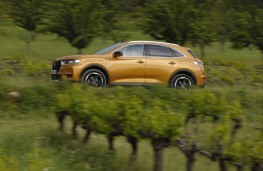 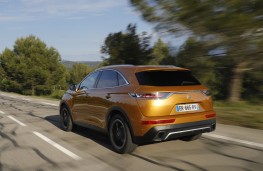 IT can't be often that the creation of a new luxury flagship car is the result of an in-house competition.

That was the case though with the new DS 7 Crossback, the first new generation model from the PSA group's luxury offshoot and once a part of Citroen.

DS describes the story of the '7' as 'a tale of passion, high standards, audacity and team spirit'.

Five designers were invited to submit designs, two of which were singled out by the brand and its styling department.

The successful proposals were converted into a digital format before clay models were made of each and a final decision was taken.

And last year the DS 7 Crossback was launched, to be sold via online and in the brand's bespoke sales points - 60 of which are in the UK.

True to their word from the outset, the emphasis is on luxury.

Whether you buy into the DS experience or not may be a matter of taste but there can be no doubt the Crossback is a vehicle of considerable appeal.

Not only does this full-blown SUV look the part, it also drips with quality - both inside and out.

The cabin is beautifully appointed, from its double-screen instrument panel with huge central touchscreen to its soft quilted leather upholstery.

There's also burnished leather in the dashboard area and door panels and when you push the start/stop button an arty analogue clock pops up from the top of the dash - it's simple to read but wouldn't be to everyone's liking.

As for space, well there's plenty - up front and in the rear - though the centre rear position is a bit firm for longer journeys and the large boot is split level.

The DS 7 Crossback's engine line-up, however, is not a new one and comprises units already used in other Peugeot and Citroen models - a pair of BlueHDi diesels and the 1.6-litre PureTech petrol featured in our model.

Its 225bhp gives the DS plenty of punch, all part of an SUV that's smooth and well engineered with plenty of feel from the flat-bottomed steering wheel.

Transmission is via a small automatic gearshift that falls easily to hand and there are also paddles on the steering wheel for manual shifting.

The result is a car that's relaxing and enjoyable to drive, with the choice of Eco, Normal, Comfort and Sport modes, and we averaged 36.1 miles per gallon - within 2mpg of the Urban average.

Prices are from £28,635 for a 130bhp BlueHDi diesel variant in Elegance trim and while every model comes with a wealth of equipment - like a multi-coloured ambient light display which bathes the cabin at night.

Most models also have what DS calls Active Scan Suspension which identifies upcoming bumps and undulations, compensating for them automatically.

But there are also innovations that come as extra-cost options.

Most interesting of these is the £1,400 Night Vision feature which uses infra-red cameras to scan ahead of the car and spot pedestrians or animals more than two feet tall up to 100 metres ahead, the images highlighted on an instrument panel display.

HAILING from the land of haute couture it should come as no surprise that DS...

SOMEBODY asked me very recently what a DS was, so a quick history...