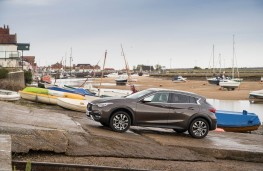 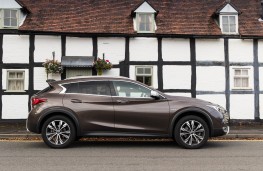 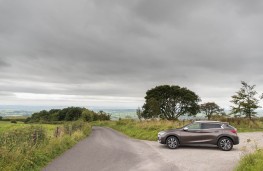 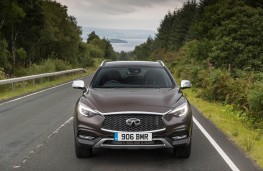 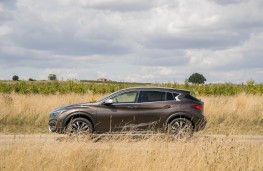 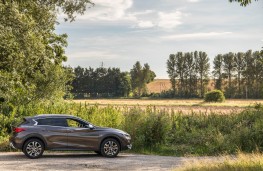 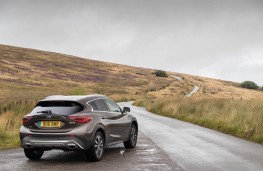 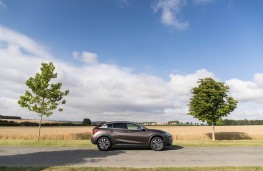 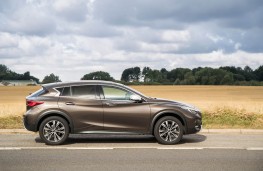 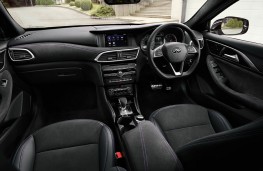 WHEN Infiniti announced in March that it was to stop building its Q30 and QX30 models in Sunderland, many people could be forgiven for saying ‘Who?'

To those in the know, Infiniti is the premium car brand of Nissan as Lexus is to Toyota and it is well established in North America, China, and, of course, Japan. However, in the UK, where it has to compete with the favourite German premium brands, it has struggled to gain a toehold despite the ‘Britishness' of the Q30 and its crossover sibling.

With the slump in the demand for diesel - which powers both models - the brand has sold just 48 cars so far this year. Even Bentley has sold 175, and they certainly don't come cheap.

Poor sales don't make the Infiniti Q30 and QX30 bad cars - they were vital parts of the brand's global growth strategy. Perhaps, with so few on the round, they should just be considered more ‘exclusive'.

The QX30, which comes in Luxe and Luxe Tech trims - is the more purposeful-looking of the two, a crossover-inspired model with a wide range of comfort, convenience and safety features including intelligent all-wheel drive.

It's a little higher and wider than its hatchback sibling but the combination of its low-slung roofline, ready-for-action stance and crossover must-haves such as chunky wheel arch cladding and roof rails create a purposeful yet elegant look. It does look good.

Inside, the cabin is equally impressive, plush and tactile. Infiniti's InTouch infotainment system only has a seven-inch touchscreen but bigger does not necessarily mean better. It's easy to use and its size somehow seems to suit the car. There's also heated front seats, auto headlamps and wipers and all the usual mod cons.

The boot is no more than average at 430 litres and, because of the low-slung roofline, rear headroom is slightly cramped for adults.

Sitting in the back can feel at bit claustrophobic due to the low roof and small rear window but choosing the optional panoramic glass sunroof for £720 solves that minor issue. Those in the front can selfishly relish the comfort of the seats specially developed to match the curve of the spine and ease pressure on back muscles. A trip from Devon to West Sussex proved just how comfortable they were.

Though the diesel engine can sound a little gruff under hard acceleration, Infiniti has worked hard to virtually eliminate wind, road and unwanted engine noise even adding Active Noise Cancellation, which emits sound waves from the door speakers to negate any noise emanating from the powertrain.

There is only one choice of powertrain, a 168hp, 2,2-litre which drives all four wheels via a seven-speed dual-clutch automatic transmission. It officially returns over 52 miles per gallon, but after 550 miles, we managed 39.7mpg.

The drivetrain is able to send up to 50 per cent of the engine's power and torque to the rear axle to maintain traction on slippery surfaces and it provides oodles of grip.

The transmission is smooth though could be a little more responsive on kickdown. That's a minor gripe however, as there's plenty of torque - 350Nm of it - to help boot the QX30 along.

The steering is light but crisp and the QX30 turns into corners nicely. Though it won't be hustled into misbehaving on twisting country roads, it will be sprightly enough for most. And, despite its slightly elevated height, body roll is barely noticeable.

Around town it's smooth and on the motorway the QX30 is a very comfortable cruiser with a soft, cushioned ride. Make no mistake, it won't suit speed freaks but it is a very good car.

There's no doubt the QX30 is a premium car - hence the premium price-tag - but it is a very good, quality car and it's disappointing to see it go.