By David Whinyates on 2019-04-16 - David is one of the UK’s most experienced motoring writers and was instrumental in setting up the Driving Force syndication service for Britain’s biggest regional newspaper group. Former Chief Motoring Editor of Trinity Mirror Regionals, he is Driving Force’s Consultant Motoring Editor and a director of Driving Force Media Ltd. 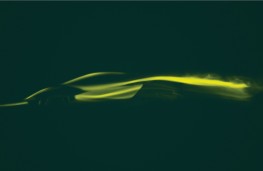 ICONIC British sports car maker Lotus has announced plans to build an all-electric hypercar which, if industry insiders are to be believed, could cost well-over a million pounds.

It will mark an exciting new era in the 71-year history of the company during which it has been at the forefront of exciting technological developments including numerous game-changing road and race cars ranging from the world's first fully-stressed monocoque F1 car, the Type 25, which won the F1 title in 1963 to the 1995 Elise sports car, which was the first production car to use aluminium and bonded extrusion construction.

A teaser picture reveals little about the final design of the car other than a relatively short nose and long tail, indicating that the electric drivetrain will be rear-mounted. The cockpit appears to be covered by a long and narrow, teardrop-shaped canopy - a design feature which has become commonplace in prototype Le Mans sports racers.

Although Lotus says that the car is in the final stages of development, the company is not revealing any technical details at the moment. However, word in the industry suggests that the Type 130 will be built largely from lightweight carbon fibre and have an output of more than 1,000bhp with four wheel drive and innovative construction and engineering solutions.

The Norfolk-based, but Chinese-owned, company promises to reveal what it calls the "full remarkable details and specification of this technical tour de force", in London later this year.

And Lotus CEO Phil Popham promises: "Type 130 will be the most dynamically accomplished Lotus in our history. It marks a turning point for our brand and is a showcase of what we are capable of and what is to come from Lotus." 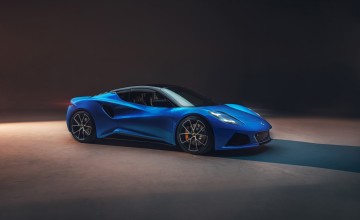