By Chris Russon on 2019-04-22 - The driving force behind Eurekar. Chris heads up a team of motoring correspondents under the Driving Force banner. Prior to Driving Force becoming independent in 2010 he was Chief Motoring Editor for Trinity Mirror Regional newspapers. Chris has been writing about cars for almost 40 years. 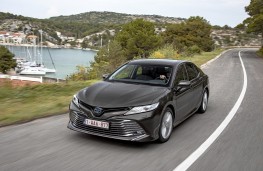 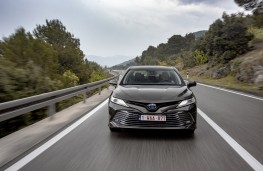 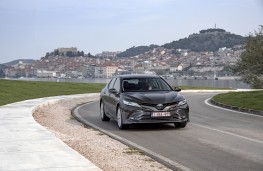 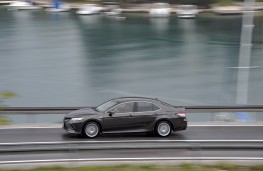 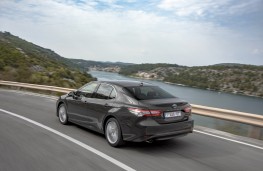 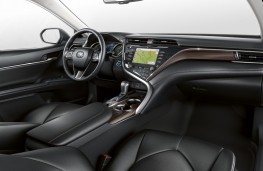 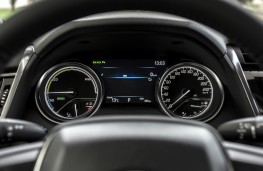 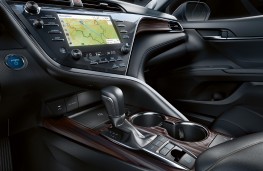 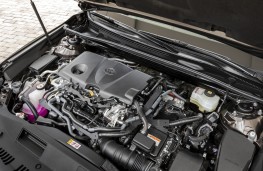 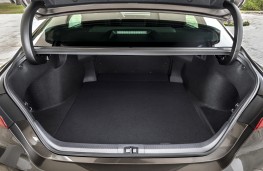 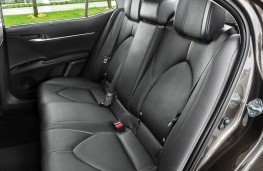 TOYOTA is making a comeback to the saloon car market with the return of the Camry to replace the British-built Avensis.

It's been 15 years since the Camry was last on sale in the UK and the new model is the eighth generation of a car that has been around for 32 years and sold more than 19 million.

Hybrid only, the newcomer is a big car - think BMW 5 Series in proportions - and comes with a large boot at 524 litres plus plenty of rear leg room.

Design models sit on 17-inch alloys and come highly equipped with leather seats - heated at the front - LED headlamps and two seven-inch display screens, one on the instrument panel and the other on the dash which gives access to Toyota's Touch 2 multimedia system.

For the extra £1,300 to get to Excel grade you get 18-inch alloys, LED fog lights and projector headlamps plus extra safety kit including blind spot monitors and rear cross traffic alerts.

There is also wireless phone charging but full smartphone compatibility is still on the wish list.

The powertrain is Toyota's latest hybrid system which uses a 2.5-litre petrol engine hooked up to an electric motor to give a combined output of 218ps.

Three drive modes are available to switch from normal to sport or eco settings with pure electric power available for short distances.

Leave the system to its own devices and it is surprising how much time the car drives in EV mode where it burns no fuel at all.

We managed to average 66 to the gallon on a good run through the countryside and that bettered the official best of 53.3mpg under the new WLTP testing procedure by some margin.

Emissions for the Camry in Design trim - that's on smaller wheels - are 98g/km while the Excel comes in at 101g/km.

Toyota's fourth generation hybrid system also features modifications to the CVT transmission where six artificial gears can be dialled in and selected at the flick of the gear lever.

However, there are no paddle shifters and that is one of several features that sets the Camry apart from its Lexus ES sister ship which costs a few thousand pounds more and both models are made in Japan.

Ride quality is above average, especially for a car in this price bracket and that makes the Camry an excellent long distance tourer.

Its forte is cruising and the cabin is almost totally silent - even at motorway speeds - and it feels robust and positive at all times.

The dash is a step up for Toyota with a curved satin chrome strip flowing from the centre console to the instrument panel while there is gloss black around the central display screen and soft touch finishes to the trim.

With Excel grade the Camry comes with what Toyota calls Tiger Eye wooden effect trim which changes its pattern depending on viewing angle.

We liked it but it is a ‘Marmite' feature as is the heavily slatted nose. It may give the Camry a distinctive look but when it comes to cleaning it's a different matter.

Nevertheless there is an impressive feel about the Camry's styling which gives it a quality status that is lacking in the likes of alternatives such as the Volkswagen Passat and Skoda Superb.

The Camry also has a clever climate control system that uses nano technology to ionise the are in the cabin creating a very pleasant environment.

In this league of car that is a class feature and underscores the Camry's luxury aura.

Without a doubt the Camry sets a new standard for Toyota and lives up to the company's president Akio Toyoda's ‘no more boring cars' statement in true fashion.

On the global stage the Camry slots well into the Toyota hybrid line up and while in the UK Toyota knows it won't be a mainstream player - an estate version which proved popular before is not even planned - it has qualities which will confound the sternest critic. 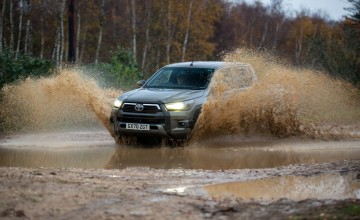 THE pick-up truck sector may be a comparative small sector in the overall new... 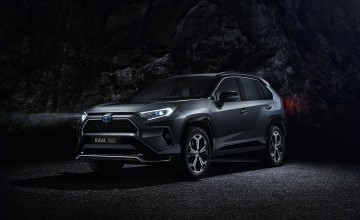 TOYOTA has revealed its new RAV4 plug-in hybrid will have a zero emission range... 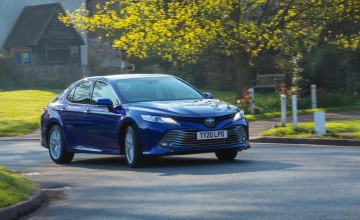 THE seemingly never ending demand for SUV models has not only tended to put...