By Ian Donaldson on 2019-04-22 - Ian estimates he has driven more than 6,000 cars (so far) in a road testing career that's taken him around the world. He has spent several years as a full-time staff motoring editor and is now a busy freelance journalist 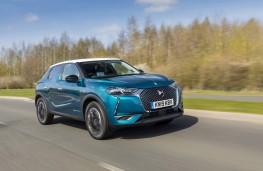 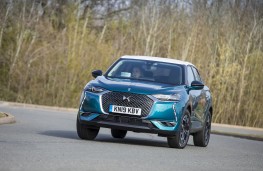 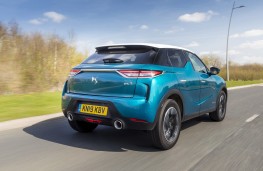 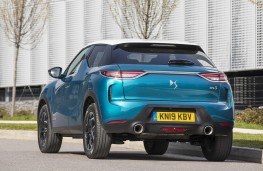 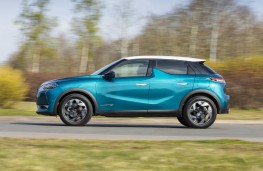 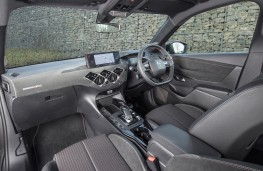 LOTS of new car reviews bang on about performance and miles per gallon; this time let's start with stitching.

For, in a dramatic demonstration of how DS Automobiles wants us to think about its newest model, you'll find mentions of stitching worked into its description at the drop of a needle.

Or, to be precise, "pearl stitching, which is a decorative top stitch unique to DS and in the world of cars".

It's the sort of detail the company wants you to notice in its new DS 3 Crossback, the rather more grown up but still smallish SUV brother to the high selling DS 3 hatch that continues alongside for the moment at least.

And with key competitors like the Audi Q2 and MINI Countryman you might quickly guess that style will count at least as strongly as substance in the buying decision of a potential DS 3 Crossback owner.

With prices that start at £21,550 but stretching to a mildly eye widening £33,950 at launch (and dearer still to come) this is a car that will have to capture hearts before it moves to minds.

It's the second uniquely DS designed model (after the much larger DS 7 Crossback SUV) from a brand that began life only a few short years ago as rebadged Citroens and its chiefs know building a reputation is a long haul commitment.

The 35 DS retailers in the UK, deliberately kept exclusive and sited near the cities where buyers will mostly live, ought to have little problem persuading showroom visitors to at least take a seat inside the new DS 3 Crossback.

That's after, of course, they've had a walk round of the newcomer, taking in the details (jewel like headlights, flush fitting door handles that pop out of the body, 'shark fin' kick in the side bodyline) that aim to make the car look special standing still.

Inside, say hello to a world where high style and function must live together as comfortably as possible. So, you instantly discern an almost total absence of physical switches, with functions like sound and climate adjustments made from a touchscreen.

Then you'll note a very obvious use of diamond pattern design, encircling everything from air outlets and window switches to ignition on and parking brake. You might quickly then conclude you can take design too far for comfort.

Then there's that stitching. It was the first thing a non-motoring writer noticed on introduction to the DS 3 Crossback's interior and was much admired for its touch of haute couture style. So, a winner without even starting the car.

When you do eventually stop admiring the interior (with enough room in the rear for a couple of adults and a boot that stretches from a decent 350 litres with the seats in place to a generous 1,050 litres with them folded) you will start up either a petrol or diesel engine at present.

An all electric DS 3 Crossback arrives at the end of the year, as a price table topper for sure. For now, there's the choice of one of a trio of 1.2 litre three-cylinder engines and a four-cylinder 1.5 litre diesel, expected to take only a tiny proportion of sales.

The petrol units have 101, 131 or 155 horsepower outputs and the two more powerful examples come with eight-speed automatic gearboxes, emphasising the upmarket aspirations of the car. The entry level petrol and the diesel option both use a six-speed manual gearbox.

Same applies to the way the car performs on the road, or as much as a mainly urban and shortish test route allowed. Both versions tried rode with a firmness that mirrored the road a bit too closely, on either the 17ins alloys that come with some cars or bigger 18ins wheels on dearer models.

There was a distinctly sporty edge to the engine noise from both petrol engines tried, in cars that provide sector typical performance figures, with top speeds between 112 and 129mph with petrol power and 112mph for the diesel.

But as we've said already, this is a car for the heart. Every one of them has a decent level of standard kit, starting with rear parking sensors, air con, DAB radio, touchscreen with mirroring for Apple CarPlay and Android Auto, keyless start and emergency braking system, lane keeping assist and a space saver spare.

And, or course, the stitching gets fancier the higher you climb.

FRENCH premium brand DS is the latest to join the electric revolution with the...