By Ian Donaldson on 2019-04-28 - Ian estimates he has driven more than 6,000 cars (so far) in a road testing career that's taken him around the world. He has spent several years as a full-time staff motoring editor and is now a busy freelance journalist

IT'S too easy to imagine everyone is as interested by cars as the people who read road tests like this one.

After all, what could be more fascinating than a deep discussion about engine size or the precise layout of the car's suspension?

If your answer is 'could anything be more boring?' then you're in the majority and would rather pose more interesting questions like 'what's for supper?'

But the car you see here is actually worthy of a petrolhead's poser or two, with a seemingly small engine for such a biggish car - and interesting suspension.

A mere 1.2-litres doesn't look much to move something with this new Citroen's road presence. With five adult-sized seats and commodious boot, the C5 Aircross is a proper family moving machine.

But there's a turbocharger blowing more fuel into the engine and power aplenty, aided by a lovely thrumming soundtrack from the mere three cylinders doing all the work under the bonnet.

You can have a bigger petrol engine if you want or find an extra £1,500 for a more economical diesel. But the 41.4mpg the test car returned in a hard week's work made sticking with petrol look a sensible choice.

Then there's the suspension to discuss - do we detect a shout of delight from the back of the room?

Well, here's a car that Citroen is trying to reconnect with its legacy of providing the most comfortable ride in the class but more simply than in decades gone by, when complex and expensive was the order of the day.

This time it's all pretty conventional in the springing department except for tweaks that make things a little softer over the bigger bumps. Add in a layer of extra padding in the seats and you have a car that really does feel relaxed as yet another stretch of pockmarked road stretches ahead.

It means a keen driver won't have as much fun as, say, a new Ford Focus provides but stepping out after a morning's drive feeling calm and relaxed is no bad return for Citroen's emphasis on the gentler side of life.

Which will give you more time to appreciate a car that in top trim, as seen here, lacks for little.

Also helping the family friendly feel are three equally sized rear seats, each of which slides and folds and a boot that, at up to 720 litres with those seats in place and a massive 1,630 with them folded, is claimed to be the biggest in its class. 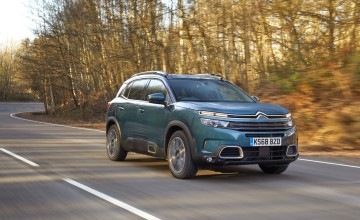 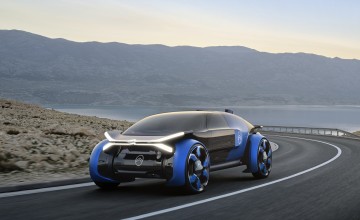 ELECTRIC power and self-driving cars are the future for Citroen as the French... 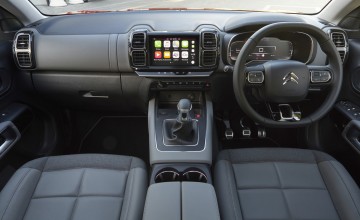