By David Whinyates on 2019-04-30 - David is one of the UK’s most experienced motoring writers and was instrumental in setting up the Driving Force syndication service for Britain’s biggest regional newspaper group. Former Chief Motoring Editor of Trinity Mirror Regionals, he is Driving Force’s Consultant Motoring Editor and a director of Driving Force Media Ltd. 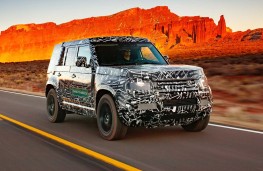 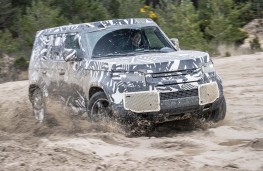 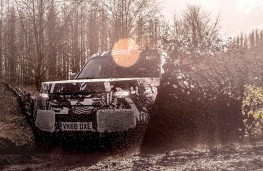 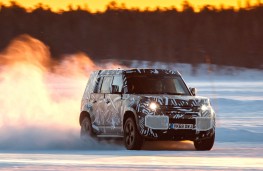 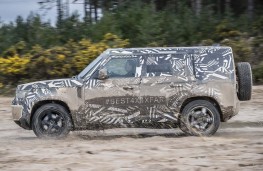 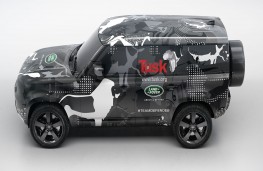 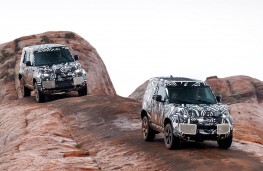 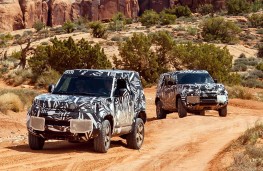 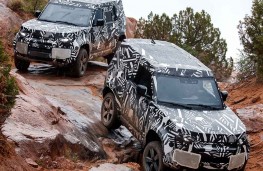 THE all-new Land Rover Defender has been revealed in more detail as the eagerly anticipated successor to the original go-anywhere British mud-plugger enters the final phases of pre-production testing.

Images released by Land Rover show both long and short wheelbase versions of the new Defender undergoing testing in extreme conditions around the world from sweltering deserts to deep-frozen icefields.

And although the prototype cars are heavily camouflaged there's no mistaking the design similarity with other Land Rover and Range Rover models, most notably the current Discovery.

By the time the new Defender makes its public debut later this year, it will have passed more than 45,000 individual tests in some of the most extreme environments on earth.

Land Rover engineers have taken the test fleet to the 50-degree heat of the desert, the sub 40-degree cold of the Arctic, as well as up to an altitude of 10,000ft in the Rocky Mountains in Colorado.

In addition, the new Defender's on-road dynamics are being honed around the NÃ¼rburgring track in Germany and its' all-terrain credentials tested on the muddy roads of Land Rover's own UK proving ground, the rocky trails of Moab in Utah, and the sand dunes of Dubai.

As a result of this, says the company, the new 4x4 "promises to bring unparalleled breadth of capability and new levels of comfort and driveability to the Defender family."

Now as it reaches the final development stages, the new model is to undergo real-world testing with the Tusk Trust wildlife conservation charity in Kenya where it will be used to tow heavy loads, wade through rivers and carry supplies across unforgiving terrain in a series of trials at the 14,000-hectare Borana Conservancy reserve.

Says Jaguar Land Rover's executive director of product engineering Nick Rogers:"In addition to the extensive simulation and rig testing, we've driven new Defender 1.2 million kilometres across all terrains and in extreme climates to ensure that it is the toughest and most capable Land Rover ever made.

"The incredible opportunity to put it to the test in the field, supporting operations at the Borana Conservancy in Kenya, with Tusk, will allow our engineers to verify that we are meeting this target as we enter the final phase of our development programme."

The new Defender has been designed and developed at Land Rover's Gaydon base in the Midlands, but this new version of the iconic British four-by-four, which was first launched in 1948, will be built at the company's recently opened manufacturing facility in Slovakia. 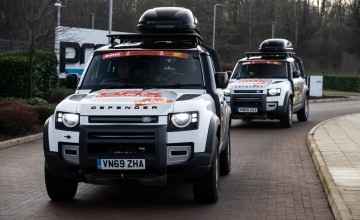