By Maxine Ashford on 2019-05-06 - Maxine has been a journalist since the late 1980s and for the past 13 years has specialised in motoring. Former motoring editor at Media Wales responsible for the Western Mail, South Wales Echo, Wales on Sunday. Freelance since 2009, Maxine loves cars but not quite as much as rugby! 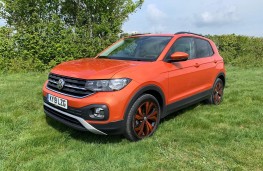 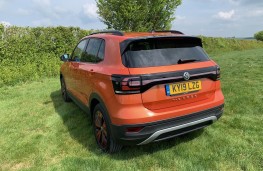 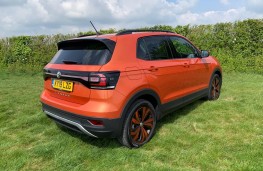 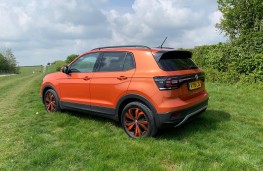 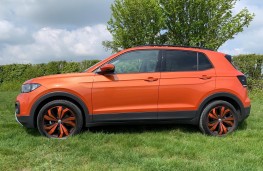 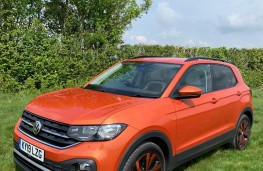 VOLKSWAGEN has added a new baby model to its already established SUV line-up and, despite its compact stature, it's big on style, practicality, performance and all-round appeal.

It's called the T-Cross and follows hot on the heels of the recently launched T-Roc model. Customers can choose from trim levels called S, SE, SEL and R-Line with prices ranging from Â£16,995 to Â£25,055.

At present there is just one powertrain available - a punchy three-cylinder, 1.0-litre turbo petrol engine with either 95PS or 115PS. The 95PS unit can be matched to a five-speed manual gearbox in S or SE trims, while the 115PS powertrain is available on SE grade and above and can be mated to either a six-speed manual or a seven-speed DSG automatic transmission.

VW has also hinted at the possibility of introducing a diesel-driven T-Cross a little later down the line, but has not confirmed a date.

The T-Cross sits on the company's MQB (Modular Transverse Matrix) platform so shares many features and lots of its technology with the likes of the new Polo, Passat, Touran, Tiguan and Tiguan Allspace.

And when it comes to styling, the five-door T-Cross is guaranteed to turn heads with its upright stance and three-striped grille with a chrome bar running though the middle and joining the LED daytime running lights.

The tailgate has an integrated rear spoiler and there is a full width reflector bar to accentuate the width of the car. Buyers can select from a wide choice of colours along with 16, 17 or 18-inch alloys.

The interior is modern, clutter-free and packed with technology. There is an eight-inch colour touchscreen and all models above entry-level S trim come equipped with Car-Net App Connect, which combines the functionality of Apple CarPlay, Android Auto and MirrorLink allowing mirroring of a smartphone display on the infotainment screen, via a USB connection.

At SE spec and above, the car is equipped with four USB charge points - two in the front of the car, and two in the rear.

The inside of the T-Cross is deceptively spacious and despite its billing as a compact SUV, there is sufficient room for two six footers to sit one behind the other.

A sliding rear bench is a clever feature that frees up extra rear legroom or boot space depending on requirements. And the boot is also well sized with a capacity of 385 or 455 litres, subject to the rear bench position, increasing to 1,281 litres with the 60:40 split-folding rear seats dropped flat.

The three-pot engine produced all the power and acceleration needed and there was always enough zip to overtake slower moving vehicles. The T-Cross was poised and well balanced out on the fast moving country lanes where the road holding was assured and any body movement into corners was kept to a minimum.

Another plus point is how quiet the car is. Even with the radio off, the cabin is beautifully refined with barely a hint of road surface, engine or wind sound filtering through.

Then in the bustling town centres, the T-Cross was agile and easy to manoeuvre with the light steering proving beneficial for lots of twists and turns.

The interior featured a snazzy and very bright orange and grey dashboard decor that looked amazing on first impressions. But as the time in the car increased, the swirls and stripes became a bit too much.

There are more calming designs available which look more traditional, but may prove the best option over time. The other slight downside of the T-Cross was the amount of hard plastic within the cabin that rather lowers the tone.

We also took the all-singing, all-dancing, range-topping R-Line version complete with seven-speed DSG automatic gearbox for a drive and this car also lived up to the big build up.

It's more expensive costing Â£25,055 (Â£26,735 with options) and has slightly lower fuel economy with a combined 45.6mpg but it's an absolute delight to drive.

The automatic gearbox is perfectly timed with steering wheel-mounted paddles for extra control and once again the T-Cross was happy firing through the country lanes or pottering around town.

And as one would expect from VW, the car is packed with safety features and driver aids making the T-Cross a fabulous newcomer to the ever-growing compact SUV sector and certainly worth a closer look. 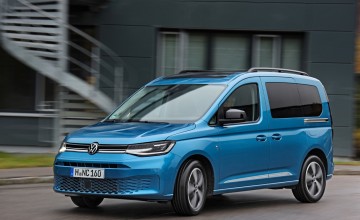 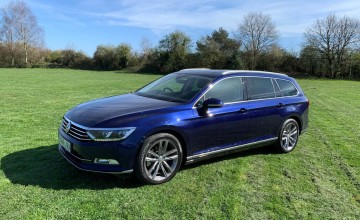