By Chris Russon on 2019-05-08 - The driving force behind Eurekar. Chris heads up a team of motoring correspondents under the Driving Force banner. Prior to Driving Force becoming independent in 2010 he was Chief Motoring Editor for Trinity Mirror Regional newspapers. Chris has been writing about cars for almost 40 years. 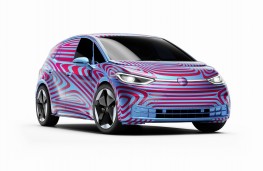 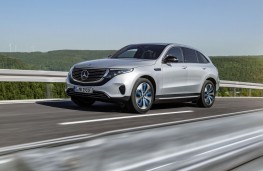 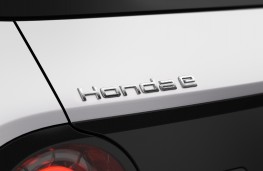 THE electric revolution will spawn some unusual names for the cars of the future if the latest from Volkswagen, Mercedes-Benz and Honda are anything to go by.

Volkswagen has chosen ID for the name of its zero emission family of vehicles while Mercedes has gone for EQ.

Meanwhile, Honda has simply opted to call its new electric model the ‘e' when it arrives later in the year.

VW says ID stands for intelligent design and will call its first model the ID.3 denoting its significance in the compact market and its role as the trailblazer of the third chapter of the company's history after the Beetle and the Golf.

"With the ID.3, we are starting from the centre, the Volkswagen brand's core, in which the majority of the models and sales volume can be found," said Jurgen Stackmann, VW's sales, marketing and after sales director.

"The number 3 also signals expandability into the segments above and below it. We have a lot in the pipeline."

By 2025 VW says it will have more than 20 purely electric models on the road and intends to be selling more than a million of them every year - each of them bearing the ID moniker.

The ID.3 will have its world premiere at the Frankfurt motor show later in the year and will be followed by versions of the ID. CROZZ, ID. VIZZION and ID. ROOMZZ concepts all of which will be given numbers in their names..

EQ is a sub-brand set up by Mercedes for its low emission models and denotes ‘Electric Intelligence' with its first fully-electric vehicle - the EQC SUV - going on sale now priced from Â£65,640.

The EQC is said to have a single charge range of up to 259 miles with its lithium-ion battery powering a motor which develops 408hp giving it a 0 to 60 acceleration time of 5.1 seconds.

Six versions of the car are being offered with the line up topping out from Â£79,260 for a specially trimmed Edition 1886 version which includes the company's augmented navigation set up, its MBUX connectivity system and a surround-sound hi-fi among its standard features.

Over at Honda, the Japanese car maker is pressing ahead with its plan to see all of its cars electrified by 2025 and has announced its new electric car will be the Honda e as seen in prototype form at the Geneva motor show earlier in the year.

Honda says it has already received more than 6,500 inquiries about its electric model in the UK and that's before prices have been revealed.

The company has also announced that its next generation Jazz - due to be revealed at the Tokyo motor show later in the year - will be available with a hybrid powertrain similar to that already fitted to the CR-V hybrid SUV.

*Polestar, the electric arm of Volvo, is to set up a research and development centre in Coventry where it will employ around 60 engineers.

"Investing in the automotive engineering talent that the UK has to offer will strengthen our capabilities," says Thomas Ingenlath, chief executive officer at Polestar.

The UK team will support the company's R&D operations in Sweden and in other locations around the world. 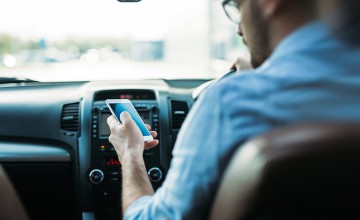 NEW rules governing the use of mobile phones in cars have been explained as the...