By Chris Russon on 2019-05-09 - The driving force behind Eurekar. Chris heads up a team of motoring correspondents under the Driving Force banner. Prior to Driving Force becoming independent in 2010 he was Chief Motoring Editor for Trinity Mirror Regional newspapers. Chris has been writing about cars for almost 40 years. 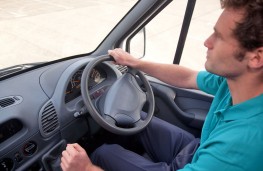 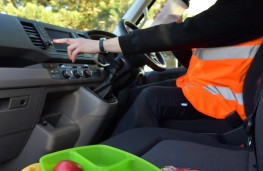 GERMS can thrive in the cabin of a dirty van posing a threat to the health of their users.

According to a study by Confused.com and the School of Biological Sciences at Essex University, a van cab can become a breeding ground for harmful bacteria.

And in some cases the build up can be as much a health hazard as a toilet door handle.

The results showed that vans can harbour a wide variety of germs, some of which can be a threat to the health of their drivers.

In particular, the van belonging to the bricklayer was found to contain the most pathogens - a type of microorganism that can cause disease.

The most prominent germs found in this van is known to cause skin infections and acne, with traces of bacteria relating to respiratory infections.

Most ‘touch' points in all the vans tested were riddled with pathogens. The handbrake was the most germ-ridden area of all - something van drivers must use at least a couple of times in one journey, which may put them at risk of catching some infections or illnesses.

Knowing when a surface is covered in germs is impossible to see by eye, but common sense says cleaning a van or car regularly can eliminate the chances of bacteria thriving.

According to a survey of 500 van drivers conducted by Confused.com nearly one in 10 (8%) admitted they only clean the inside of their van when it starts to smell.

Only one in three (29%) emptied rubbish from their van daily and one in seven (14%) admitted to never cleaning their van at all.

More than half (55%) admitted to eating food in their van, then leaving the half-eaten food in place for as long as three days, giving germs the perfect opportunity to grow.

Confused.com spokesperson Amanda Stretton said: "We spend so much time in our vehicles it's only expected that some germs would be lurking around. But leaving cleaning our vehicles to a yearly occurrence could have some pretty concerning consequences." 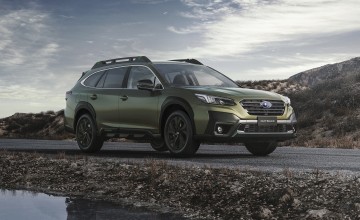