By Peter Keenan on 2019-05-26 - Peter has been with the Birmingham Post & Mail since 1990 and took on the role as motoring correspondent in 2007. He has been part of the Driving Force team for more than 10 years and his reviews are used nationwide by Trinity Mirror publications. 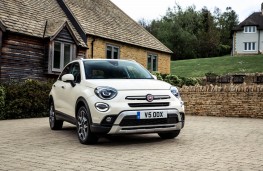 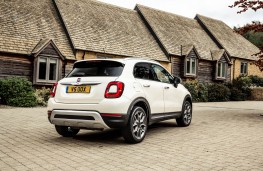 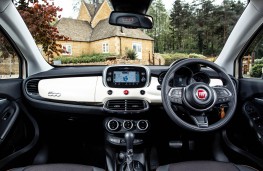 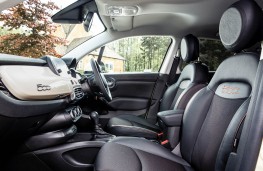 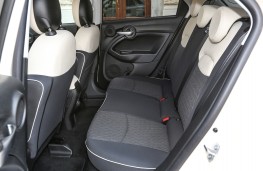 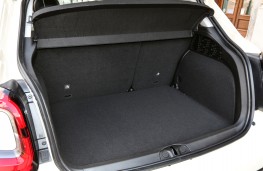 WHEN Fiat launched the 500X four years ago the SUV crossover emulated its city car sibling by selling well and having motoring fashionistas swooning.

For those who like large dollops of retro styling and a cute yet rugged appearance in a practical conveyance able to cart the kids around, the 500X small family crossover was catnip.

And to ensure the model - built at the Melfi factory in Italy - doesn't lose its appeal Fiat completed a revamp at the end of last year.

Subtle changes inside and out - including new LED daytime running lights fitted as standard across the range - sharpen up its appearance, but it is under the bonnet where the real work has been done.

The FireFly name attached to the refreshed 500X in the SUV-themed City Cross and City Cross Plus versions refers to Fiat's latest turbocharged petrol engine which comes as a 1.3-litre four cylinder developing 150bhp or the surprisingly quiet and refined 1.0 three pot tried here with 120bhp on tap.

It gives the car a real zip around town with the official 0-62mph time of 10.9 seconds not really doing it justice as you cavort through the urban jungle or cruise on the motorway with equal aplomb. There is little if any turbo lag and the six-speed manual transmission does a good job with neat and accurate gear changes.

It is nippy but thankfully not very thirsty with a claimed fuel consumption of 48.7mpg equating to about 40 in the real world while emissions are 133g/km.

The City Cross version comes with increased body armour such as skid plates front and rear. The look is more muscular than other models in the range but don't expect four-wheel drive or diesel power as this is a strictly on-road vehicle.

Step inside and it is clear Fiat have worked hard to make the interior more tactile with soft-touch plastics and a new stylish steering wheel.

A seven-inch Uconnect touchscreen takes centre stage on the dash and all versions of the 500X are smartphone compatible allowing for a range of Apps to be brought into play.

There are lots of safety systems included on the revamped model with lane control, a speed limit advisor and traffic sign recognition all making an appearance while automatic emergency braking, adaptive cruise control, rear cross traffic alerts and blind spot monitors can be added as optional extras.

There is plenty of storage space for your bits and bobs with a double glovebox plus cubby holes, cup holders and roomy door pockets all ready to be pressed into action. The boot can hold 350 litres of shopping or luggage with the rear seats up, but they also split and fold to increase the space to a maximum of 1,000 litres - handy when you want to transport your golf clubs and trolley.

City Cross models cost from £19,300 for the 1.0-litre and should be on the shortlist of those who like style and practicality in a neat crossover. 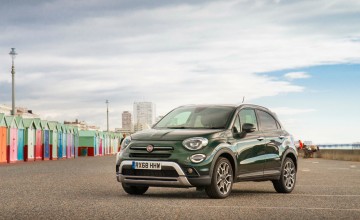 THE 500X aims to appeal to buyers who like the retro styling of Fiat's hugely...