By Patrick James on 2019-05-26 - The author has been a motoring writer for more than 16 years. Formerly motoring editor at the Coventry Telegraph, he now produces motoring copy, on new car launches and road tests on a freelance basis. 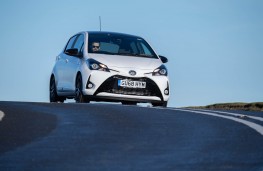 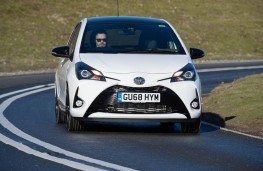 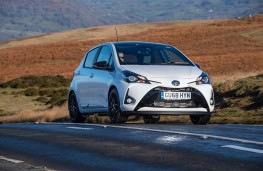 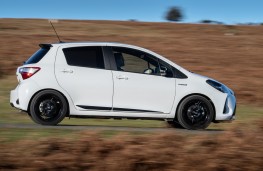 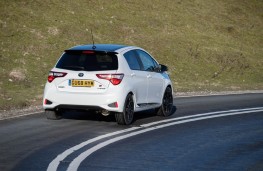 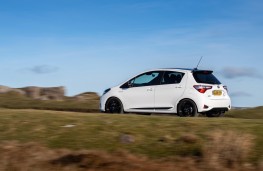 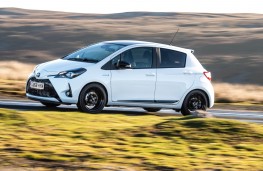 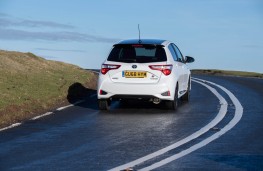 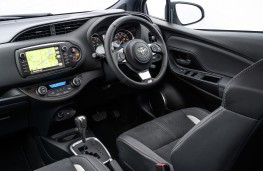 WHEN Toyota went for a facelift on the best-selling Yaris, it was tinkering with a highly-successful product.

But the firm says it wants to broaden its appeal to new and increasingly discerning customers in a highly competitive marketplace with its latest revamp.

It certainly looks the part, particularly this GR model with new front bumper that creates a "catamaran" shape and a black theme featuring piano black door mouldings, a honeycomb grille, door mirror housings and front fog light surrounds all in black. Not to mention the 17-inch black alloy wheels.

It looks good, a match in exterior design anything on the market, particularly the hybrid with its blue flashes to signify its green credentials.

However the performance from a combined battery and 1.5-litre petrol engine hybrid is definitely more geared for economy, sporty looks and excellent economy, a hybrid in more ways than one.

Inspired by Toyota's Yaris GRMN performance model it inherits the uprated suspension for sportier handling, using Sachs Performance shock absorbers. So you have the chassis and suspension set up for hot performance, but not the performance.

That it handles well is a given, but the ride is firm, bordering on harsh at times ride.

However, if you want a sporty looking city car which also delivers the best part of 60mpg, this could be the answer.

The interior itself has soft touch trim in most, though not all, areas and satin finish.

The centrepiece is a seven inch touch screen which controls major functions including sat nav, Toyota's clever multimedia system and a colour TFT information screen in the binnacle.

The cabin has a light and airy feel, while the boot, even with the hybrid battery, remains one of the biggest in its class at 286 litres.

The 1.5 petrol engine and battery combination means it cheap to run, with nearly 60mpg achievable and CO2 emissions of just 89g/km.

At just under £20,000, it is keenly priced for a hybrid and standard kit is impressive, with goodies such as reversing camera, rain sensing wipers, dusk sensing headlight, auto-dimming mirror, cruise control and climate control.

On the road, the hybrid system combines a 1.5-litre petrol engine and electric motor delivering 100bhp in total.

It is mated to a variable transmission that is mostly reasonably muted, but harsh sounding under heavy acceleration, like most CVT transmissions.

Switch to electric mode only, particularly around town and in slow traffic and the economy is brilliant. It is initially quick off the mark at the lights, but acceleration to 60mph in nearly 12 seconds is pedestrian.

However it does handle well with the updated suspension with little or no body lean in corners, and the nicely weighted steering responds well to minor adjustments.

It is is cheap to run.I drove hundreds of miles on the motorway and was pleasantly surprised at only having to visit the petrol station once.