By Maxine Ashford on 2019-06-09 - Maxine has been a journalist since the late 1980s and for the past 13 years has specialised in motoring. Former motoring editor at Media Wales responsible for the Western Mail, South Wales Echo, Wales on Sunday. Freelance since 2009, Maxine loves cars but not quite as much as rugby! 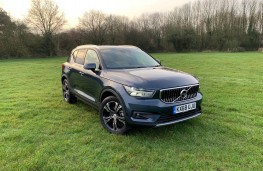 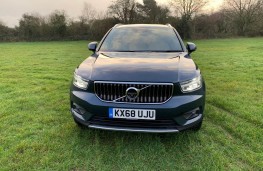 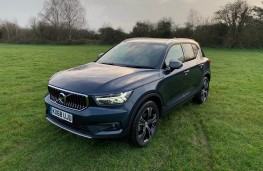 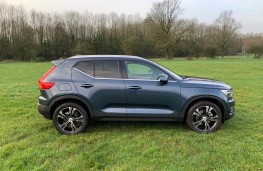 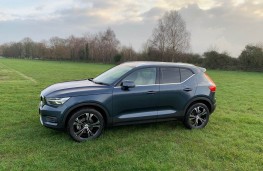 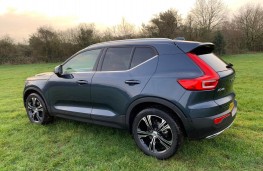 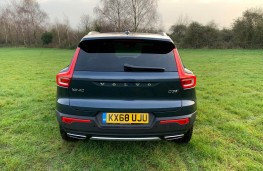 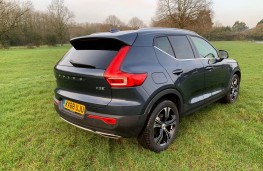 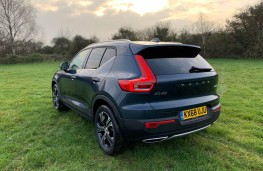 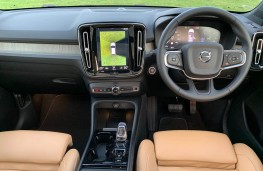 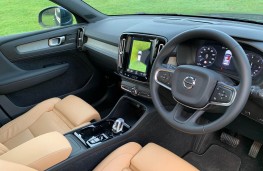 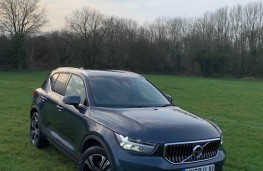 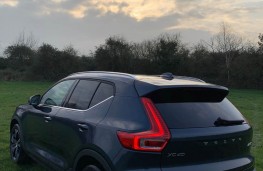 DESCRIBED as the youthful cousin to the XC60, Volvo's first ever compact SUV - the XC40 - is the perfect answer for anyone looking for a practical, stylish car that's economical to run, as safe as houses and delivers more desirable driving dynamics than full-sized people movers.

The five-door model has already scooped a number of awards since making its world debut back in September 2017 and having got behind the wheel, it's clear to see just why it has been greeted with such high praise.

The interior is equally impressive with fine leather upholstery, two-zone climate control, a 12.3-inch driver information display and a striking nine-inch centre console touchscreen. This introduces Sensus Navigation with full European mapping, along with Sensus Connect which allows access to a range of apps.

There is a premium Harman Kardon 13-speaker sound system, a wireless charger, heated seats, a heated steering wheel and connecting a smartphone via Apple CarPlay or Android Auto is a simple process.

Another feature fitted to all models is a built-in car modem that allows you, via a sim card with a data allowance, to turn the car into a WiFi hotspot for up to eight devices.

Customers can choose from a range of generously-equipped trim levels and our test car was supplied in range-topping Inscription Pro so it was kitted out with all the bells and whistles.

Costing £36,320 (£43,145 with optional packs fitted), our XC40 was powered by a 150hp, 2.0-litre diesel engine mated to an eight-speed automatic transmission. It could sprint to 62mph from a standing start in 10.4 seconds, maxed out at 124mph, and according to official figures, delivered combined fuel economy of 52.3mpg with carbon emissions of 142g/km.

The XC40 is as happy being driven through busy town centres as it is out on the open road, where the acceleration through the gears is smooth and responsive.

I did find on more than one occasion that I accidently selected ‘Manual' rather than ‘Drive' when moving the smart glass gear lever, but that was my only slight moan as I clocked up more than 500 miles.

There are drive modes called Comfort, Eco, Dynamic, Off Road and Individual allowing you to choose a setting to match your mood and driving environment. The various settings adjust the responses of the engine, automatic gearbox, steering, brakes, all-wheel-drive system and the climate control.

On country lanes, the car was beautifully balanced and the AWD offers added assurance and grip during adverse weather conditions.

Comfort levels are good and there is ample leg, head and elbow room for a couple of adults in the rear. Add a third and it gets a little too cosy though.

On the practicality front, Volvo has been very clever with the space available and the boot has a generous capacity ranging from 460 to 1,336 litres with the split-folding rear seats dropped flat. There's a good-sized glovebox, decent door bins, a central cubby box and an extra pull-out tray under the driver's seat.

As one would expect, the XC40 is packed to bursting with all the latest safety features and driver aids to protect occupants and pedestrians alike, as well as helping to prevent accidents in the first place.

In addition to the more standard safety specifications, our car had City Safety which includes pedestrian, cyclist and large animal detection, and front collision warning with fully automatic emergency braking, including at junctions.

It featured Oncoming Lane Mitigation that will correct your steering if you accidently start to drift out of your lane into the path of oncoming motorists. And it had Run-off Road Protection which automatically tightens the front seatbelts should the car leave the road.

These are just a few of the systems that resulted in the Volvo XC40 being awarded the maximum five stars when it was tested for its Euro NCAP safety rating.