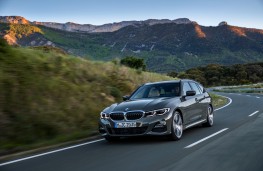 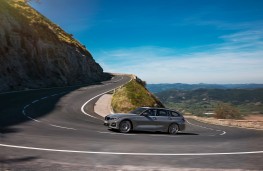 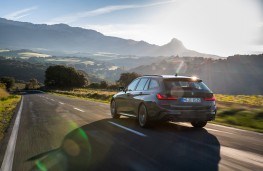 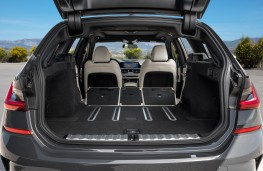 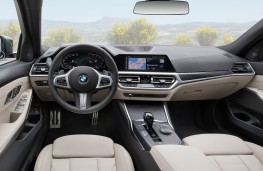 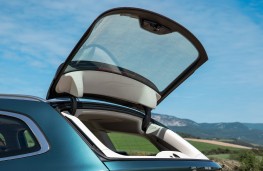 AN estate car is being added to the BMW 3 Series line up as the German car maker expands the appeal of its trademark model.

And in the UK BMW is to offer an M Sport Plus Edition which adds some exclusive paint finishes, different wheels and interior tweaks such as aluminium fabric gloss black trim.

Prices are still to be announced but can be expected to be slightly more than the £32,445 the saloon range is priced from.

Cargo capacity ranges from 500 litres - five litres more than the previous model - and expands to 1,500 litres.

An electronic tailgate is standard as is an opening rear window to assist access to the boot while trailer weights range from 1.6 tonnes for the entry level 320i model and 1.8 tonnes for other models.

Six engines will be available at launch with three petrol and three diesels and the range will top out with all-wheel-drive M340i xDrive versions.

Most economical is the 318d diesel variant which is rated at 65.7mpg at best with emissions of 133g/km.

A plug-in hybrid is expected to join the line up in the summer of 2020.

The new 3 Series Touring has grown by some margin compared to its predecessor and is now 4.709 metres long - an increase of 76mm. It is also slightly wider and taller with a longer wheelbase and wider track front and back.

The rear window is some 20mm wider than that on the outgoing model and now extends beyond the water run-off strips on either side of the boot opening.

It also comes as standard with a load sill cover in stainless steel.

As well as the special UK edition the Touring will also be available in SE, Sport and M Sport specification.

The car is due to have its world premiere at the Frankfurt Motor Show shortly before it goes on sale. 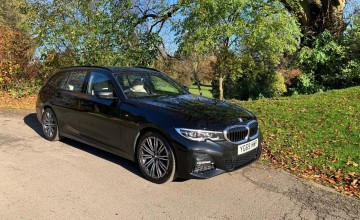 WHILE SUVs seem to be the go-to models of choice for the masses these days,...