By Lee Gibson on 2019-06-15 - A journalist with nearly 30 years of experience on some of the biggest regional newspapers in England and Wales including the Birmingham Mail, Express & Star, Western Mail, the Sunday Mercury and Wales on Sunday. He currently edits the Sunday Mercury motoring pages as well as contributing to Eurekar. 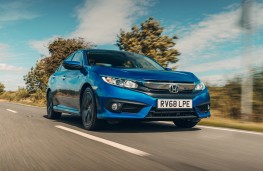 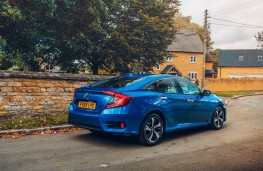 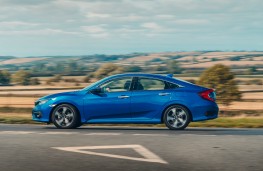 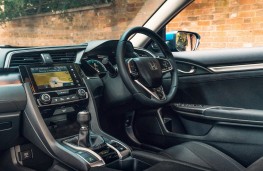 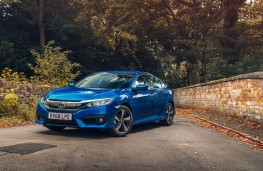 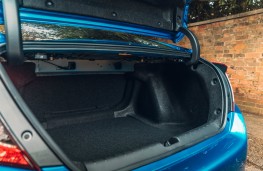 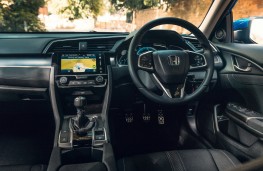 FOR more than four decades the Civic has been at the heart of the Honda range and for many is the car which is most synonymous with the Japanese brand.

The tenth generation hatchback version hit UK roads in 2017 and represented a major return to form for this popular model, with some engaging driving dynamics that were, as ever, dialled up to the max in the performance-focused Type R hot hatch variant that soon followed.

The striking and overtly muscular design though, even of standard models, raised many eyebrows and - with its prominent fake air intakes, bulging wheel arches, twin spoilers and centrally mounted tailpipes - was seen as quite polarising by some. You either loved it or hated it.

Those who fall into the latter category, however, might find the sleeker and slightly more subdued form of the Civic 4-Door much more appealing.

Added to the range last summer, this is a saloon version of the Civic and Honda's first saloon of any type to be available in the UK since the Accord was phased out.

It's 13 centimetres longer than the hatchback and cuts a more traditional and restrained figure as a result, toning down the aggression while retaining a stylish and sleek profile. Chrome trim across the grille and along the side windows also give it a more mature feel.

Two trim levels are available, SR and EX, with prices starting at £23,100, and both come with a good amount of standard equipment.

Engine choice is also restricted to two options - a 1.0-litre, three cylinder turbocharged petrol unit or the 1.6-litre turbo diesel that powered our test car. Both come with a six-speed manual gearbox as standard with a constant variable transmission also available with the petrol and Honda's latest nine-speed automatic with the diesel.

The diesel offers punchy performance in tandem with impressive fuel economy, with in excess of 80 miles per gallon claimed on average, and when mated with the compact and snappy manual gearbox offers a pleasantly satisfying level of involvement for the driver.

This is enhanced by the fact that the Civic saloon, although it looks more grown up, retains much of the hatchback's sporty and agile character.

The steering is accurate and direct, weighting up nicely at speed, while grip is solid and the body well controlled - inspiring confidence to push on along winding country lanes, for instance - without the ride ever becoming overly firm or jarring, even over poorer surfaces.

A good driving position and plenty of adjustment in the seat and steering wheel mean that most people will be able to get comfortable and the sports style seats manage to be comfortable while also offering plenty of support.

There's ample space for passengers to get comfortable too, with good head and leg room in the rear, despite the sweeping coupe-style roofline, and storage provision that includes decent sized door bins front and rear, a generous compartment beneath the front centre armrest and also behind the floating centre console.

With a boot capacity of 519 litres there's actually also more load carrying space on offer than in the hatchback (478 litres) but obviously the saloon configuration means that it is not quite as easy to access and use, with more restrictions on the size and shape of items that can be accommodated.