By Ian Donaldson on 2019-06-17 - Ian estimates he has driven more than 6,000 cars (so far) in a road testing career that's taken him around the world. He has spent several years as a full-time staff motoring editor and is now a busy freelance journalist

COMPROMISE is a dirty word if you're a passionate Brexiteer or fervent Remainer - but designing a good car relies on it.

While politicians rant and rave (and won't see the other side's better points) providing a fine drive relies on seeing the all-round picture.

It's something the BMW 3 Series has built its reputation on over seven generations and millions of cars sold, in the process proving that getting the compromise spot on can bring in solid profit for decades.

So, the latest 3 Series has to balance things like space, speed and driving fun in a way that continues to tempt buyers faced with a whole battery of fine competitors, from Mercedes to Audi and Jaguar, to name but three.

This seventh generation of BMW's 3 Series Saloon is longer, wider and lighter as it seeks to maintain its reputation as the car keen drivers buy when they go looking for a classy compact saloon.

There's no mistaking the heritage; this new 3 Series is unmistakeably the latest in the line stretching back to 1975 but is 85mm longer (at 4,709mm) and 16mm wider (at 1,827mm) than before. A stretched wheelbase means usefully more legroom in the rear seats.

So, it's plenty spacious enough for family duties (there's a decent 480 litres of boot too) but the BMW crew needed to get other important things right too, like performance and running costs.

Choose this particular version of the new 3 Series - with diesel power and all-wheel drive - and you'll click on two more plus points; economy and all weather safe progress.

The 2.0 litre diesel produces 187 refined horsepower, enough for a top speed of 145mph and the sprint to 62mph in 6.9 seconds. That makes it feel lively enough to be called sporty.

It can also claim an economical 50.4mpg overall economy in the latest and tougher new official test, along with a 133g/km tailpipe emissions reading; both figures good enough to make a case for the car even before you consider it's driving abilities.

Which are considerable, and greatly enhanced on a slippery British winter road by the fitting of BMW's xDrive system on the car being driven here. It keeps power flowing to all four wheels via its eight-speed automatic transmission, with a bias to the back in normal conditions.

But if the car detects a loss of traction it can instantly push more power to the wheels with most drip. Very confidence inspiring when the road turns icy...

The 320d xDrive M Sport tested here sits towards the top of the range, at £39,705 before you've fitted any of the tempting options that can so easily be ticked at ordering time.

That doesn't mean it's still not easy to add thousands to the bottom line. So, for another £1,800 there's a technology pack that includes a head up display and wi-fi hotspot preparation, or you can let your car stand out with £2,200 worth of M Sport Plus package, with 19ins alloys, adaptive suspension and rear spoiler among its delights.

You may well decide that the time has come to indulge yourself a little when you open the 3 Series brochure on the web and start to dream a little - but be assured the car is a fine drive with nothing added.

Yes, BMW has got the compromise right (again) and built a car that's going to sell in shedloads to people who want the best balance of virtues - whether they voted stay or leave. 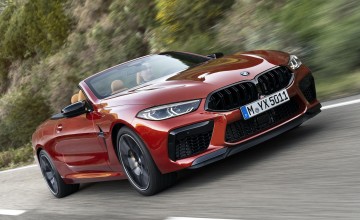 BMW is powering into Porsche and Aston Martin country with its fastest and most... 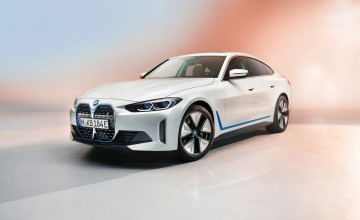