By Maxine Ashford on 2019-06-17 - Maxine has been a journalist since the late 1980s and for the past 13 years has specialised in motoring. Former motoring editor at Media Wales responsible for the Western Mail, South Wales Echo, Wales on Sunday. Freelance since 2009, Maxine loves cars but not quite as much as rugby! 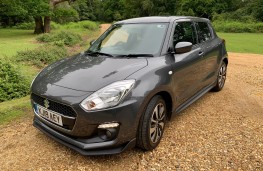 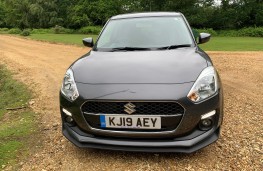 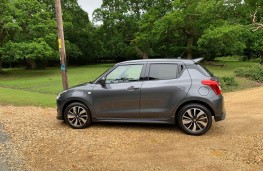 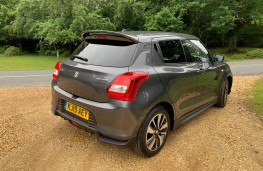 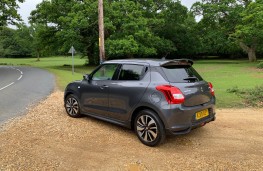 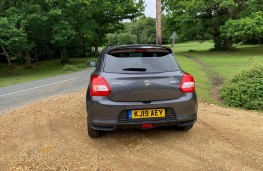 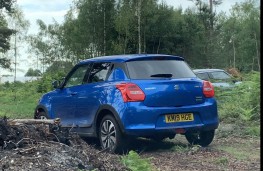 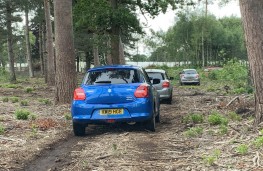 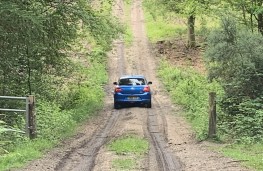 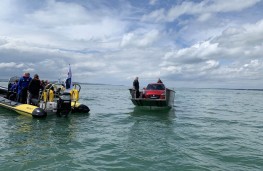 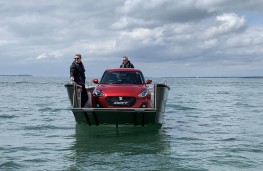 SUZUKI is a manufacturer that's going from strength to strength gaining accolades and awards along the way and now one if it's most popular models, the Swift, has really gained some Attitude.

That's because the Attitude is the latest trim level to join the Swift range alongside SZ3, SZ-T and SZ5. All cars are powered by 1.0-litre or 1.2-litre petrol engines, but if you want something with even more edge the Swift Sport features a more punchy 1.4-litre powertrain.

So the line-up is quite comprehensive these days especially when you factor in the SZ5 complete with its hybrid technology and ALLGRIP which is Suzuki's 4WD system.

We had a chance to try out the new Attitude version and it's easy to see just why the Swift is so appealing - 80,000 UK customers think so too.

The five-door supermini is an ideal car for young drivers, families looking to downsize or older drivers who want the flexibility of five doors when the grandchildren come to visit.

The Swift Attitude is based on the SZ-T trim but gains some extra kit and styling to help it stand out. For example, there is a new mesh grille with chrome trim, a rear upper spoiler, front, side and rear carbon effect skirts and 16-inch polished alloys.

According to official figures, the Swift Attitude can deliver combined fuel economy of 51.4mpg with carbon emissions of 108g/km (NEDC) or 124g/km (WLTP).

The interior is deceptively spacious and the car is generously equipped with the likes of Smartphone link to connect a phone via Apple CarPlay or Android Auto, DAB radio, rearview camera, air conditioning and Bluetooth.

Comfort levels are high and there's ample space in the back for two passengers or a trio of children. And the boot has a capacity ranging from 265-579 litres with the 60:40 split-folding seats dropped flat so it's perfect for family days out or short breaks in the country.

Out on the open road, the Swift Attitude lives up to its name. It fizzes through the country lanes and although the sprint times don't seem that fast, the car weighs less than a tonne so seems to skip across the ground. The road holding is assured and the cabin only really becomes slightly noisier at much higher speeds.

And on that matter, it can easily cope with higher speeds too as a stretch of dual carriageway driving proved. The acceleration was smooth and responsive and there was a constant supply of power on tap.

If you fancy a little more adventure then the Swift SZ5 ALLGRIP 4WD with Hybrid could be the car of choice. At the higher end of the scale, this model costs £16,999 although some special paint and extra cladding saw the price climb to £18,072.

This car was powered by the same Dualjet engine, but instead of taking to the road, we headed to the woods for a challenging off-road course to test its capability.

It proved itself to be a very valid off-road car as it clambered over muddy forest tracks, climbed slippery banks and waded through boggy water obstacles.

The ALLGRIP system is fully automatic so there is no pressure on the driver to select the correct settings - basically the car has permanent all-wheel-drive which transfers extra torque to the rear wheels when required.

This model was also fitted with Suzuki's impressive mild hybrid system known as Smart Hybrid Vehicle by Suzuki or SHVS for short.

This compact and lightweight system features an integrated starter generator that feeds energy to a small 12V lithium-ion battery situated beneath the front passenger seat. This energy can then be fed back to the drivetrain. As Suzuki was the pioneer of the low-cost efficient 12V system you would expect it to be very good and it is.

And just for good measure, Suzuki decided to show us that as well as motorbikes and cars, they are just as accomplished when it comes to marine firepower.

They offer a choice of 30 different outboard motors varying in power and performance. A trip in a rib boat powered by a 300hp engine proved the point perfectly and what was waiting for us in the Solent as we fired our way across to the Isle of Wight? Another craft with a Suzuki Swift on board.

SUZUKI is displaying some serious Attitude in the promotion of its ever popular...