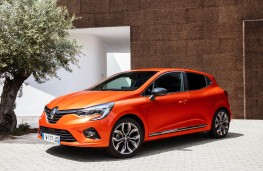 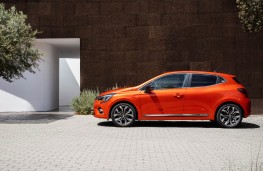 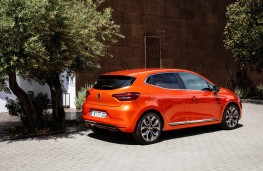 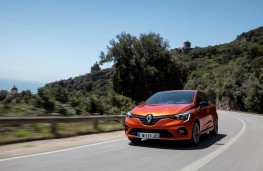 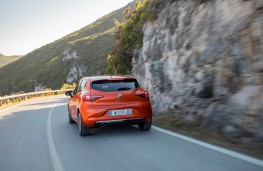 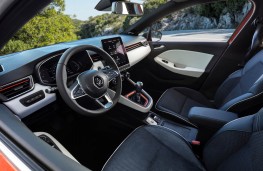 AFTER 29 years of continuous production and having been Renault's best-selling model by a mile with over 15 million sold across the world the Clio has become something of a motoring icon in the family hatchback sector.

So when the fifth generation Clio is launched this autumn the French car maker is hoping its latest model will see the success continue.

And judging by a first encounter they have every right to be confident.

Built on a new platform the latest five-door Clio looks more stylish than its predecessor - which itself had cute looks and more than 20,000 were sold in the UK last year alone - and it's roomier inside with more comfortable seats and crucially for a family hatchback it has 22mm of extra legroom for rear seat passengers.

Overall it is slightly shorter - by 12mm - and not as wide as the outgoing model plus it's 22 kilograms lighter but the Renault backroom team has still managed to come up with a more capacious interior.

As for the engines there will be three petrol and just one diesel when the car arrives in November with the best seller expected to be a 1.0-litre, three-cylinder turbocharged 98bhp petrol in TCe trim.

There's also a normally aspirated 1.0-litre three-cylinder 74bhp SCe and both have a five-speed manual gearbox as standard with the option of a continuously variable transmission.

A slightly more powerful 1.3-litre 128bhp TCe petrol engine is available with a seven-speed dual-clutch automatic and like many car makers Renault is reducing its diesel options offering the Clio only with a 1.5-litre 85bhp engine with a six-speed manual gearbox.

By the middle of next year the Clio will break new ground and will have a mild hybrid powertrain - the first in any Renault car - and this will feature a 1.6-litre petrol engine combined with two electric motors powered by a 1.2kWh lithium ion battery.

Interestingly, there will be a choice of either a self-generating hybrid (much like those in current Toyota models) or a plug-in version as Renault starts its programme of introducing electrified cars.

For now the immediate attention is on regular engines and in particular the 98bhp version with its five-speed manual gearbox.

It's a little notchy in its movement up and down the gearbox - the top selling Fiesta still has a far more crisp feeling gearchange - but it performs well enough.

The engine is free revving and as long as the driver keeps the revs up to the 2,500rpm line it makes it an easy car to drive - drop below that and then there's a need to use the lower gears for acceleration.

On the road the new Clio is quiet and refined with work done to reduce noise and vibration and the car is far more civilised whether out on motorways or trundling through heavy city traffic.

It has an excellent and well balanced chassis and with improved suspension the ride is much improved with really good grip when cornering.

It's also a more relaxing Clio to drive and although in terms of driving dynamism it's still not quite up to the top mark of the Fiesta, it's genuinely appealing and a noticeable improvement over the last generation.

For the driver there's a nice, chunky steering wheel and all the controls and dials all sensibly well positioned.

One major improvement is the new portrait shaped i-Pad styled infotainment screen which is easy and simple to use.

All new Clios will have loads of the latest in-car technologies on board, such as CarPlay and Android Auto, while handily just below the touchscreen there's a row of ‘piano key' style buttons for switching on the front seat heaters and the like.

The interior, which also features plenty of cubbyholes so vital for family motorists, is one of its strongest points and apart from more space front and back, the quality of materials and finish is much better than before.

There's a host of new technology being offered as options on the new Clio, such as Easy Connect (for connectivity and online services), a MY Renault app (for more services) and a Highway and Traffic Jam Companion which includes self-adapting cruise control and other safety features.

Boot space is better too with an increase from 330 litres to 391 litres - about the best in class - and this increases to 1,069 with the rear seats folded down.

Sportier versions are en route with R S Line models planned but for launch just the three petrol and one diesel variants will be available.

As for prices Renault UK says they will be revealed in August when order books open although they are likely to start at £14,500 (slightly higher than the outgoing model) with the TCe 98 probably costing around the £16,500 mark.