By Peter Hayward on 2019-06-25 - Peter has been writing about cars for more than 35 years producing road tests, second hand car tests, features on new and classic models, road safety and manufacturing. Has been a contributor to Auto Express, Classic Cars, Classic Car Weekly, Candis magazine and Japanese Motoring. 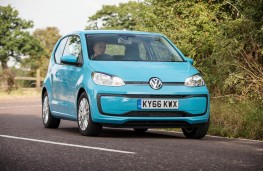 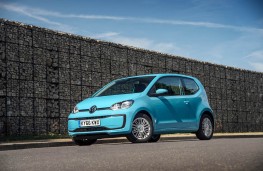 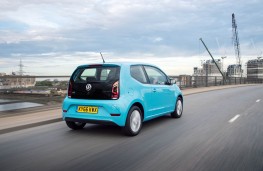 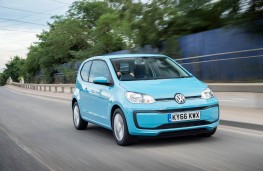 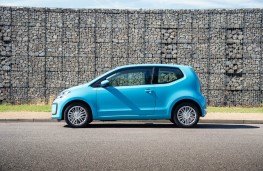 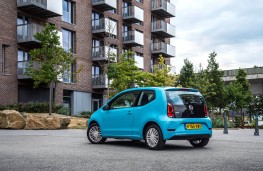 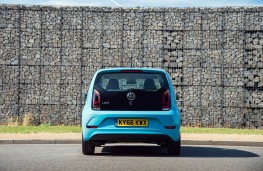 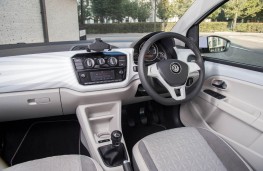 IT'Shard to believe that VW's city car - the up! - has already been around virtually unchanged for seven years.

The four seater - there are only four belts - is available as a three or five door hatch and, as you might expect, comes with very good build quality and finish in the company's long tradition.

That said, when new it's a fair amount more expensive than rivals and this is reflected in secondhand prices. Oddly though, it's also not as well equipped as they are and that's a let down.

There are four different versions available with the same 1.0-litre three cylinder petrol engine and they have 60, 75, 90 and, in the GTI, 115bhp.

While the 60bhp model is fine around town and the local area it struggles on longer journeys and on the motorway, even though it can certainly keep up.

It takes a leisurely 14.4 seconds to reach 62 miles an hour from rest but, like the 75bhp version, is capable of no less than an official figure of 68mpg when fitted with start/stop.

The more powerful model is noticeably quicker, reaching 62mph in 13.1 seconds and the 90bhp covers it in 9.9, with only a 1mpg drop in economy.

However, the 75 and 90bhp engines are only available in the more expensive High up! and up! Beats models, shortsightedly putting them out of reach of many buyers.

Even the 60bhp unit feels peppy and willing around town and they all rev sweetly and smoothly when pressed.

The GTI, with 115bhp on tap, is a hoot, covering the 60mph sprint in 8.8 seconds and powering on to a theoretical maximum of 122 miles an hour.

Yet it too is capable of excellent economy - 58mpg and low 110 grammes per kilometre emissions.

Despite the up!'s small outward size, interior space is pretty good for four people, with plenty of legroom and headroom front and rear.

Cubbies and big door pockets give decent storage in the front, but if you carry the manual around with you the glove box is full.

Boot space compares well with rivals and while it's not large it can be extended by folding the 50/50 split back seats on most models, which leave a flat load area.

The up! is a city car and so it needs to be easy to park and manoeuvre in town. It most certainly is, with a tight turning circle and excellent all round vision.

Out on the road it's good fun to drive thanks to very tidy and safe handling, helped by quick and precise power steering.

The combination makes it agile and sharp through the corners adding hugely to the enjoyment of the driving experience.

Yet - and for me as you know, this is one of the most important measures of a good car - it is also refined and very comfortable in a way few other small cars can match.

There are three main trim levels and numerous special editions with added kit.

That's pretty stingy by today's standards, making most of the opposition more appealing in my book, good though the up! is to drive.

The base Take Up only adds body coloured bumpers and steel wheels to that list, which makes it just as niggardly.

So if you want a few of the things that make life in the car a bit more enjoyable, you have to move up to the Move up!

You have to elevate to the High up! (aren't the names bonkers) to get alloy wheels,electric mirrors (the lower cars don't even have these) heated seats and sat nav.

Obviously, the wide range of special editions will have some of the things you would like, so look at a number before you buy.

And remember, although three door models will be a tad cheaper, a five door is far more practical and better for your back - especially if you have kids.