By David Whinyates on 2019-07-02 - David is one of the UK’s most experienced motoring writers and was instrumental in setting up the Driving Force syndication service for Britain’s biggest regional newspaper group. Former Chief Motoring Editor of Trinity Mirror Regionals, he is Driving Force’s Consultant Motoring Editor and a director of Driving Force Media Ltd.

THE latest version of Audi's luxury, high-performance flagship saloon has been announced and first UK deliveries are expected before the end of the year.

Aimed at devotees of luxury travel who don't always want to take a back seat and let their chauffeur do all the driving, the new Audi S8 is a real Jekyll and Hyde car with the rarefied comfort and refinement of an ultra-luxury limo and the performance and handling credentials of a sports saloon.

Under the bonnet there's a twin-turbo, V8 petrol engine with mild-hybrid technology channelling an impressive 571PS and 800Nm of torque to the road via predictive active suspension, dynamic-all-wheel steering and quattro drive supplemented by a rear sport differential.

The high-tech predictive active suspension, a standard feature that works in conjunction with the adaptive air suspension, helps the performance flagship to perform its dual role - it can lift or push down each wheel separately via electromechanical actuators, making it possible to actively control the trim of the body in any driving situation for the first time, thereby greatly reducing pitch or roll during acceleration or braking. The front camera, which detects larger road surface irregularities, enables this to be done predictively.

The Audi drive select system - another standard feature - also helps to further enhance the impressive adaptability of the S8 with a choice of five operating modes, including a new Comfort + profile which makes cornering more comfortable by tilting the body into bends by as much as three degrees to reduce the lateral acceleration acting on the occupants.

Other standard features include dynamic-all-wheel steering, a sport differential and a host of driver assistance systems operated by a high-performance processing unit which continuously computes a differentiated model of the vehicle's surroundings based on the data provided by up to five radar sensors, sixcameras, twelve ultrasound sensors and a laser scanner.

State-of-the-art connectivity is promised with two large touch screen displays with haptic feedback and natural speech control. All driving-relevant displays appear in the Audi virtual cockpit, which can be switched between two views. 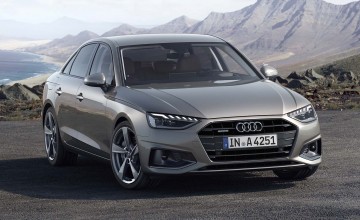 Diesel do for new Audi A4

DIESELS may be a dying breed, according to motor industry pundits - but clearly...

HOT on the heels of the launch of the updated Audi RS 4 Avant, its sister Coupe... 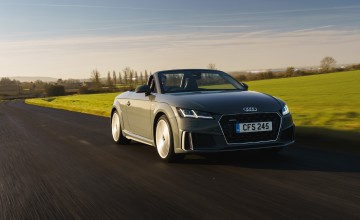 AUDI is making changes to its TT sports cars with subtle upgrades to the design...